A South-Georgia town which has never held an integrated prom will see its first one at the end of this month. 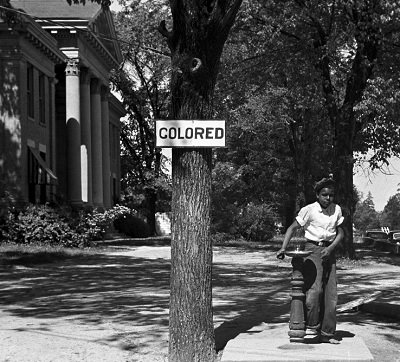 It has been nearly 60 years since the landmark Brown v. Board of Education case was brought before the Supreme Court, effectively ending institutional segregation in public schools. It has been nearly half a century since the Civil Rights Act outlawed major forms of discrimination, racial or otherwise. It will be the first year that one town in Georgia will see an integrated prom.

The idea of racial segregation seems to many of us an alien concept—an archaic tradition of some bygone era which took place long before most of those reading this article were likely even born—but for Wilcox County, Georgia it is a fact of life.

Wilcox’s schools have not found any sort of constitutional loophole, and are in fact themselves integrated. Students of all races and backgrounds attend class, play sports, participate in extracurricular activities, and socialize with each other unimpeded, but they do not attend the same prom.

For as long as there has been an integrated school system in the town, there has also been a prom for Caucasian students and a prom for students of other ethnic backgrounds. When a biracial youth attempted to attend last year’s white prom he was escorted off the premises by police. The same rules usually apply to homecoming, where a single pair of non-segregated students was chosen for king and queen for the first time just this year.

Invigorated by her election as homecoming queen, Quanesha Wallace said she was hopeful that the segregation of prom would meet its end as well. “I felt like there had to be a change because for me to be a black person and the king to be a white person, I felt like, you know why can't we come together?”

She was not invited to the white homecoming dance and even had to take yearbook photos separately from the king; however, Quanesha would not be discouraged. She has enlisted the aid of several friends to organize Wilcox County’s first integrated prom, for which its senior class is currently raising money.  Set to take place on April 27th, it will be open to any of the school’s 400 students and has already sold 50 tickets.

The Wilcox County School District issued a statement on Thursday lending its moral support to the new integrated prom and distancing the high school from the segregated celebrations of years past, which have been organized by local parents who bore no official affiliation with the school.

“Recently the high school has received some negative publicity for hosting segregated proms, but that is simply not true. The high school does not host a prom at all, and groups of students who host private parties have referred to the parties as their proms. The school [system] has no influence over private parties, but we are encouraged by recent events,” said the statement.