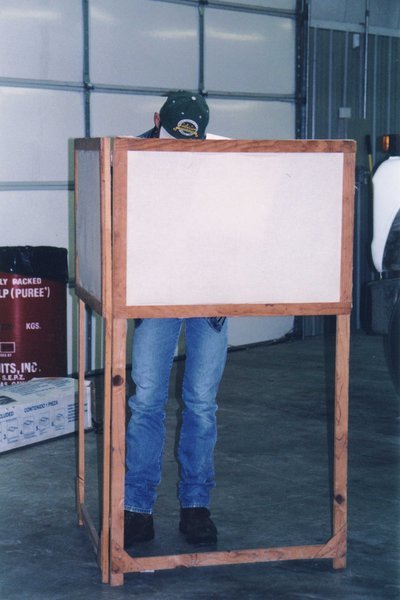 After questioning a $12,000 district budgetary expenditure, Noel Feustel, the parent of a high school freshman in the Bayport-Blue Point School District, filed a Freedom of Information request. He discovered that the district was paying Bold Systems, LLC, a Bellport-based data tracking company that advertises it can help school districts get their proposed budgets passed.

“My gut reaction was outrage, said Feustel. “This is an election fraud issue. You’re tampering with the electoral process, which is the most basic right you have as a citizen,” he continued.

“West Islip purchased the Bold System last year in order to update and upgrade our management of voter registration and voting records,” said Richard Simon, Superintendent of West Islip Schools. “We did not use any feature of Bold to share lists during the election day last May. We are very careful to follow all appropriate school election laws,” he continued.

Other school districts that purchased the software through the Board of Cooperative Education Services include Bay Shore, Hauppauge and Sayville.

“When it was brought to our attention that Bold Systems LLC was marketing its services in such a way as to encourage school districts to target specific categories of voters and encourage a 'yes' vote on school budgets, [we] immediately terminated any aspect of the Bold Systems LLC that can be utilized in a manner that violates the spirit and letter of the law,” said Gary Bixhorn, chief operating officer of Eastern Suffolk BOCES and Thomas Rogers, superintendent of Nassau BOCES and interim superintendent of Western Suffolk BOCES in a joint statement.

The statement also assured that districts that purchased the software “have conducted their budget elections in complete compliance with the procedures and policies of New York State.”

The license to use the software costs each district $6,300 a year, and Long Islanders are outraged at the possibility that school districts may have used taxpayer dollars to influence the outcome of a vote. Under state law, public entities are prohibited from spending taxpayer money to target voting groups in an election.

As many as 60 school districts across Nassau and Suffolk may have used the company's software. They have been warned not to use the program pending the outcome of the state investigation.