A $30 million post-Sandy cleanup for Fire Island is set to begin in January.

There will be many obstacles in reaching and hauling out debris Superstorm Sandy on Fire Island, where unlike on the mainland, there is little room to store damaged property until trucks can navigate the narrow roads and pathways to remove debris.  There are also weight restrictions on bridges and walkways that limit the amount of debris that can be collected at a time. 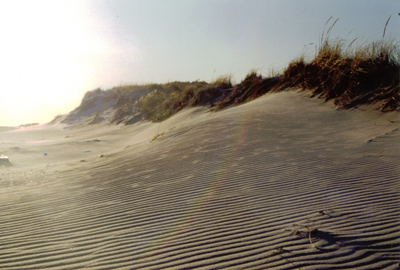 But that won’t stop crews from beginning the challenging process in January.  Gov. Andrew Cuomo announced on Thursday that $30 million has been allocated to fund the massive cleanup project.
The joint effort will be conducted by New York State, FEMA and local municipalities, with supervision by the Army Corps of Engineers.  Fire Island residents are required to sign Right of Entry applications, allowing the Corps and its contractors to enter private property to access and remove debris, and clarifies the homeowners’ rights in the process while establishing the limits and responsibilities of the Corps crews.  The municipalities will be sending out the applications to residents.
“Fire Island is enormously important to the economy and quality of life for Suffolk County and our State,” Governor Cuomo said in a statement, while praising the cooperation of local municipalities and government leaders in tackling various logistical challenges to the post-storm cleanup.
Suffolk County Executive Steve Bellone welcomed the expertise of the Corps and FEMA, saying, “The resources provided by FEMA and the US Army Corps of Engineers to address debris removal on Fire Island is essential to the Suffolk County economy.” said Suffolk County Executive Steve Bellone.
Local leaders, including Islip Town Supervisor Tom Croci and Brookhaven Town Supervisor Ed Romaine, have pledged to meet the 75 percent expectation for Right of Entry application returns, in order to expedite the cleanup process.
Fire Island residents can get additional information regarding the Right of Entry applications online at each municipality’s public website.
The efforts are expected to be completed before the tourism season opens later in the spring.
Share your thoughts on this article by posting your comment below or by visiting our Long Island Living discussion forum.