30-60 people are being treated for injuries resulting from a ferry colliding into a pier in Lower Manhattan. 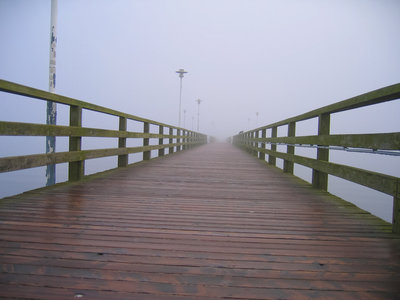 At least 30 people have been injured in an accident that occurred around 8:45 a.m. on Wednesday morning when a ferry hit a pier while docking.

The boat, named the Sea Streak Wall Street, was carrying 300 passengers when it collided into Pier 11 while docking at South Street and Governeur Lane.  It appeared to have hit the pier at full speed, and the front of the vessel was ripped open.

At least 30-60 injuries were being evaluated after the accident, many of the injuries resulting from being thrown from their seats.  In video footage, many passengers walked away with neck braces.  One passenger is in critical condition with a serious head injury.

The cause of the hard-docking is still unknown.

Update (as of 11:15AM):
According to MSNBC News, of the 343 passangers and crewmembers aboard the ill-fated ferry, 57 have been injured - two of which are in critical condition. It is still unknown what caused the crash, and the National Transportation Safety Board has said that it will launch a full investigation into the cause, including a drug and alcohol test of the Captain of the vessel, which will be conducted by the US Coast Guard.