For the first time since addressing the nation following a mass shooting event, President Obama has addressed the need for renewed gun restrictions in the nation, an effort that is being pushed by Democratic senators.

Following the mass shooting at Sandy Hook Elementary in Newtown, Conn., in which 20 children, all aged six and seven, were killed, Democratic Senators are pushing for new gun laws in the United States, including a ban on military-style assault weapons. 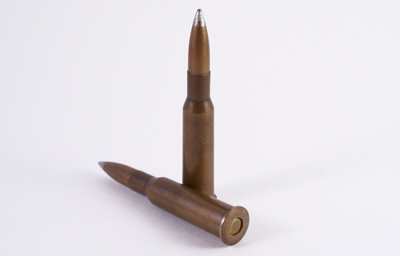 The push is being led by Senator Dianne Feinstein (D-Ca.) who authored an assault-weapons ban that expired in 2004.  Lawmakers will be holding hearings on gun control in the upcoming weeks.
The effort to restrict gun rights is strongly opposed by the powerful pro-gun lobby, and most Republicans and many Democrats, including Senate Majority Leader Harry Reid (D-Nev.), support the National Rifle Association.  There has been no new major gun law since the 1994 Federal Assault Weapons Ban with lapsed in 2004.
The Federal Assault Weapons Ban, signed by President Clinton, included a prohibition on the manufacture of certain semi-automatic firearms.  The law was written with a sunset provision which scheduled it’s expiration after ten years, and despite many attempts in the proceeding years, no bill has been successful in reaching the floor for a vote.
President Obama spoke on Sunday at a vigil held in Newtown, saying that “we’re not doing enough” to prevent these attacks.
"These tragedies must end, and to end them, we must change. We will be told that the causes of such violence are complex, and it is true. No single law, no set of laws can eliminate evil from the world or prevent every senseless act of violence in our society. But that can't be an excuse for inaction. Surely we can do better than this,” the President said in his fourth post-mass shooting address since taking office.
This address has marked a shift for the President, who had previously called for justice and a renewed spirit of community and human spirit, but notably not gun restrictions.  Proponents of greater gun restrictions have criticized the President, who campaigned on the issue of gun control before his election in 2008, but who later expanded gun rights by approving legislation that allows Amtrak riders and visitors of National Parks to carry weapons.
Connecticut Governor Dannel Malloy also called for stricter gun laws on Sunday, saying that the federal assault weapons ban should not have been built to expire.
Join the discussion on the LongIsland.com Forum -
we've set up a special discussion about the Sandy Hook Elementary Shootings.