Petitions requesting secession from the union have been filed in 34 states since last week's national elections, broadly based on federal overspending.

In an interesting post-election development, residents of 34 states, including New York, have filed secession petitions through President Obama’s “We the People” program offered through the White House website.  In response, petitions have also been filed requesting that citizenship be stripped from those who have signed the petition.

Once the petition is signed, one cannot remove their name -- so don’t sign your coworkers name as an office prank! 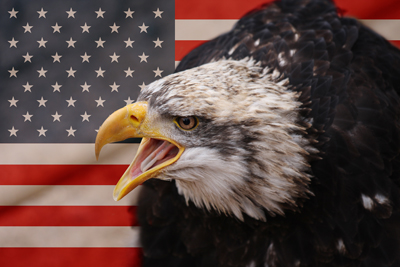 State’s where secession petition have been signed include: Alabama, Alaska, Arizona, Arkansas, California, Colorado, Delaware, Florida,Georgia, Indiana, Kansas, Kentucky, Louisiana, Michigan, Mississippi, Missouri,Montana, Nebraska, New Jersey, New York, Nevada, North Carolina, North Dakota,Ohio, Oklahoma, Oregon, Pennsylvania, South Carolina, South Dakota, Tennessee,Texas, Utah, West Virginia and Wyoming.
25,000 signatures must be collected before a petition becomes eligible for review by the Obama administration.  At that time, the administration will “issue a response.”
One such petition, originated by Micah H. in Texas, has over 80,000 votes as of Wednesday morning, more than qualifying for the administration's review.  The petition reads, in part:
“Given that the state of Texas maintains a balanced budget and is the 15th largest economy in the world, it is practically feasible for Texas to withdraw from the union, and to do so would protect it's citizens' standard of living and re-secure their rights and liberties in accordance with the original ideas and beliefs of our founding fathers which are no longer being reflected by the federal government.”
Texas Governor, and one-time presidential candidate, Rick Perry, has distanced himself from this petition, as well as statements made by Texas GOP official Peter Morrison who called for an “amicable divorce” from the United States following last week’s elections.  Perry’s press secretary issued a statement to local Texas media outlets, saying the governor “believes in the greatness of our Union and nothing should be done to change it,” though he empathizes with the frustrations of many Americans stemming from federal spending.  Perry has himself made secessionist claims in 2009 following the passage of President Obama’s stimulus package.
New York State also has a history of secession attempts, mainly in an effort to create independent entities of Long Island and New York City, as to balance the economic inequity of the state’s different regions.  Clearly, all past attempts have failed.  As of 8 a.m. Wednesday, the petition on behalf of the State of New York required 12,174 signatures to become eligible for executive review.
Share your thoughts on this article by posting a comment below, or visiting our Long Island Living discussion forum.