Hess has announced its divestiture of its retail gas stations by 2014 in an effort to focus on energy exploration and production. 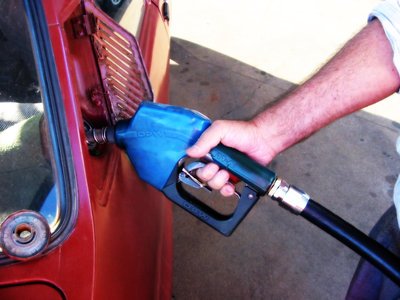 Update - Wednesday at 4:15 PM:  A statement released earlier today by a Hess representative states that although the retail company is divesting its retail branch, there are no plans for closure at this time.

"The divestiture of our retail stores is in the early stage and will take some time," said representative. "In the meantime,  it’s business as usual at all of our Hess retail stores.  Our long-standing commitment to competitive prices and high quality customer service to our customers will not change.  The Hess brand is a strong and valuable brand that will live long into the future.  And yes, the Hess toy truck program, which has been a tradition for 48 years, will continue. Please note that despite some errant headlines, we have absolutely no plans to close our stores."

Long Islanders may soon see the iconic green and white lights of Hess stations turned off, as Hess has decided to divest its retail business.

In a letter to shareholders from John Hess, chairman and chief executive officer of Hess Corporation, the company announced on Monday that it will fully exit its retail, energy marketing, and energy trading markets by 2014.

Based on the letter posted on their website, it is presumed that Hess will close 1,350 stations across the east coast – disappointing drivers who laud the company for selling gas at the same price for cash or credit card.

The gas company is also known for its handling Hurricane Sandy.  Out of all other gas stations that were low or had run completely out of gas, Hess fared the best with 98% of its New York/New Jersey stations operating – largely because Hess bought generators prior to the storm so that they could be open in areas without power.  The company also had the home field advantage of being based in New York, thus making it easier for trucks to deliver oil quickly to the tri-state area.

Hess has not yet announced when they will begin closing stations in the region, or if they will sell them off.  Until then, a Hess spokesman says that the stations will not be closing immediately and that it will be “business as usual at all of our Hess retail stores.”

By cutting off the retail marketing branch of the corporation, Hess hopes to transform itself in the coming years into an “exploration and production,” or E&P firm.

The move towards this new focus on E&P began in January, when Hess announced that it would be closing its oil refineries permanently.  Hess cited weak demand and the high cost of complying with EPA regulations for low-sulfur fuel as its reasons for moving away from the retail market.