Flu Season in Full Swing, Spreads to Over 44 States

This year's flu season is packing a major punch, and has already tripled infection rates in New York compared to last year.

This year’s flu season is in full force, earlier than expected.  44 states have reported widespread flu outbreaks, and Boston, a city with a population of 620,000, has declared a health emergency following flu-related deaths of over a dozen people. 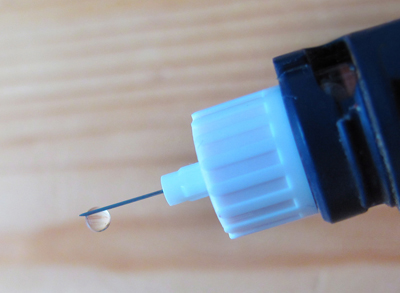 In New York, the rate of influenza outbreak has tripled since last year; there have been 15,000 confirmed cases of influenza, compared to 4,400 around this time last year.
The flu strain responsible in most of the cases, H3N2, causes severe illness, particularly among the young, the elderly and those with compromised immune systems.
According to the CDC, people seeking attention for flu-like symptoms has doubled from 2.8 percent in early December to 5.6 percent.
Aside from the serious strain that has been circulating, the widespread outbreak has been testing the capacity of hospitals.  Emergency rooms across the country are being flooded with new flu cases, and it hasn’t been easy accommodating the surge of new patients.  The situation isn’t expected to improve at least for the next several weeks as flu season persists.
In adults, flu symptoms include fever, runny nose, sore throat, shortness of breath, or difficulty breathing, pain or pressure in the chest or abdomen, sudden dizziness and severe or persistent vomiting. In children, flu symptoms include bluish skin color, fast breathing or difficulty breathing, not drinking enough fluids, not interacting or waking up, irritability, especially at being held, fever accompanied by a rash.
Health officials are urging all people over the age of 6 months to get a vaccine for the virus, as we are only about half way through the typical season.  The side effects of flu shots are relatively mild, especially compared to reported symptoms associated with H3N2.
Flu shots are administered at a handful of local CVS and Walgreens pharmacies on Long Island, as well as at various area clinics and hospitals.
Share your thoughts on this article by posting a comment below or by visiting our Long Island Living discussion forum.