34 "I Demand A Plan" Videos Released, Call for Gun Control

Mayor Bloomberg, speaking at City Hall on Monday alongside family members of victims of gun violence, called on the President Obama and Congress to enact greater restrictions on the manufacture and sale of guns. 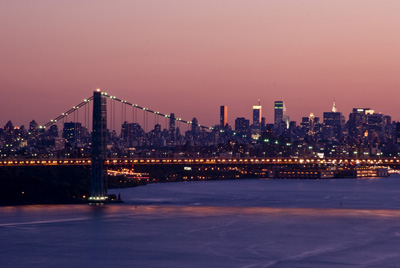 Bloomberg, who co-chairs a bipartisan coalition of 700 mayors called Mayors Against Illegal Guns, announced that the group released 34 testimonial videos featuring personal stories of gun violence told by victims as part of the “I Demand A Plan” series.
Speaking from City Hall, Bloomberg said, “Last night, the President said he would use whatever powers his office holds to address this violence, and I think it is critical that he do so. Words alone cannot heal our nation. Only action can do that.”
Calling gun violence a national epidemic, Bloomberg noted that we are the only industrialized nation that has this problem.  He went on to say that immediate action is required because the event that unfolded inside Sandy Hook Elementary was not an aberration.
“If the massacre in Tucson wasn’t enough to make our national leaders act, and if the more recent bloodshed in Aurora, Colorado, in Oak Creek, Wisconsin, in Portland, Oregon and other cities and towns wasn’t enough, perhaps this slaughter of innocents at Sandy Hook Elementary School will, at long last, be enough,” the mayor said.
Pointing out legislation that was approved by Congress to protect gun manufacturers from lawsuits against victims of gun violence, Bloomberg called on the President and Congress to pass three major pieces of legislation.  First, a Fix Gun Checks Act to close the private sale loophole which allows 40 percent of gun sales to proceed without a background check.
“The majority of gun sales already go through the background check system, and it’s neither onerous nor intrusive, nor does it infringe on anyone’s rights. This bill would also require States and the Federal government to send all necessary records on felons, domestic abusers, the seriously mentally ill, and other dangerous people to the National Instant Criminal Background Check System,” Bloomberg explained.
The second action Bloomberg outlined is to pass “enforceable and effective assault weapons ban,” which could be accomplished by a reenactment of the Federal Assault Weapons Bans that expired in 2004.  The final move would be to enact legislation that would make it harder for criminals, drug abusers, minors and the mentally ill to acquire weapons.
The mayor went on to screen four of the “I Demand A Plan” videos, featuring victims of mass shootings or random acts of gun violence, including Chris Foye, whose 13-year-old son was killed by a stray bullet in Harlem and Lori Haas, whose daughter was among the 32 students killed during the Virginia Tech rampage.
You can see all 34 videos at www.DemandAPlan.org.
Share your thoughts about this article by posting a comment below or by visiting our Long Island Living discussion forum.