The U.S. Court of Appeals in Washington D.C. ruled on Tuesday that an E.P.A. regulation for cleaning up air in downwind states exceeded the agency's authority.

A 2-to-1 ruling by a panel of the U.S. Court of Appeals in Washington D.C. threw out an Environmental Protection Agency rule limiting the amount of air pollution states would have to clean up in order to avoid violations in downwind states.  The problem with the law, according the the Appeals panel, is that the E.P.A. exceeded its authority by placing the brunt of the cleanup work on the upwind states.

The Cross-State Air Pollution Rule, the regulation thrown out this week, was a revised version of the 2005 Clean Air Interstate Rule.  In 2008, the E.P.A. was ordered to remake the law.  Now analysts say it could takes several years to create a new version. 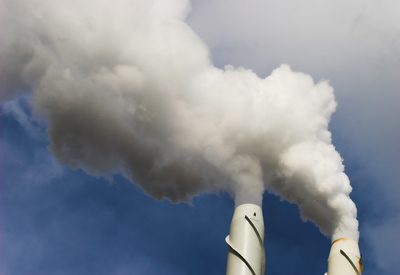 Downwind states have been suing upwind states since the 1980’s.  The E.P.A. rule was a measure to overcome the problem of air pollution control.  While some states meet the requirement, the sulfur dioxide and nitrogen oxide pollutants emitted by their manufacturing facilities and power plants are carried to downwind states.  The downwind states are unable to meet the clean air standards, while the states emitting the pollutants do.
In 2008, the E.P.A. was given the authority to require the upwind states to clean up their “fair share” of pollution in downwind states, but according to the written opinion of Judge Brett M. Kavanaugh, the new version of the law required upwind states to “reduce their emissions by more than their own significant contribution to a downwind state’s nonattainment.”  According to dissenting judges, the law also violates the Clean Air Act by setting a federal mandate rather than allowing the states to create their own.
A dissenting judge, Judith W. Rogers, pointed out that the upwind states had filed appeal too late for the court to consider it, and that the E.P.A.’s law covered the ambiguous aspects of the Clean Air Act.  Representatives of the Sierra Club, the Clean Air Task Force and the National Resources Defense Council supported the E.P.A. and the downwind states.
Share your thoughts on this article by posting your comment below or visiting our Long Island Living discussion forum.