Tomorrow night's town hall-style debate at Hofstra will give undecided voters a chance to ask the candidates some questions of their own.

President Obama and Gov. Romney are set to debate at Hofsta University in Uniondale on Tuesday night.  Undecided voters, selected by the Gallup Organization, will be able to present the candidates with questions on foreign and domestic topics in a town hall-style event.  Candidates will each have two minutes to respond to the questions. 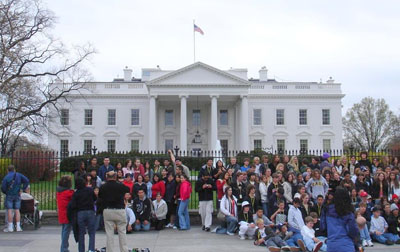 The stakes have risen since the first debate, with a focus domestic policy, which drew a lot of criticism for Obama, who analysts say was less-than-aggressive.  Romney presented himself as more comfortable on stage than Obama, and more effectively appealed to the undecided voters with a message of bipartisanship.  The debate gave a boost to the Romney-Ryan campaign.
Last week’s Vice Presidential debate swung the pendulum back the other way, with an aggressive Joe Biden trumping Republican candidate Paul Ryan.  Biden was able to challenge Ryan’s budget and his plan for Medicare, and suggested that Romney was indifferent to the middle and working class Americans, now infamously known as the 47 percent.
CNN’s Chief Political Correspondent Candy Crowley will be moderating the debate at Hofstra.  Time Magazine reported both campaigns, eager to avoid follow-up questions by Crowley, are working together to limit the role of the moderator at the town hall-style event.
Despite criticisms following the first debate, Reuters reported on Sunday that Obama is leading in early voters.
The debate will begin at 9 P.M. EST Tuesday night.
Share your thoughts on this article by posting a comment below or visiting our Long Island Living discussion forum.