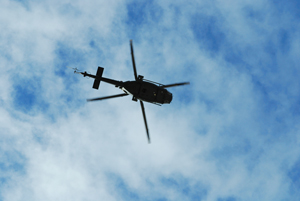 The president, who hasn’t left Washington D.C. since securing his second term in office last week, will take a helicopter flight over Long Island, Brooklyn and parts of the NYC coastline before taking a tour of the ground on Staten Island, where at least half of the New York fatalities occurred.
The president, accompanied by Gov. Andrew Cuomo and Sen. Kirsten GIllibrand, will be viewing recovery efforts, which many residents of the hardest hit areas say is taking place at too slowly.  Gov. Cuomo has estimated that the total costs of recovery will exceed $30 billion, much of which he will asking the federal government to cover.
Sen. Gillibrand has requested that Obama make a special budgetary amendment to release an additional $5 billion in federal disaster relief before 2013.
Share your thoughts on this article by posting a comment below, or by visiting our Long Island Living discussion forum.