This is the second installment of Literary Traveler's Guest Posts on LongIsland.com. Follow us on our exploration of Long Island during the summer of Gatsby, as we go beyond the book to experience all that ... 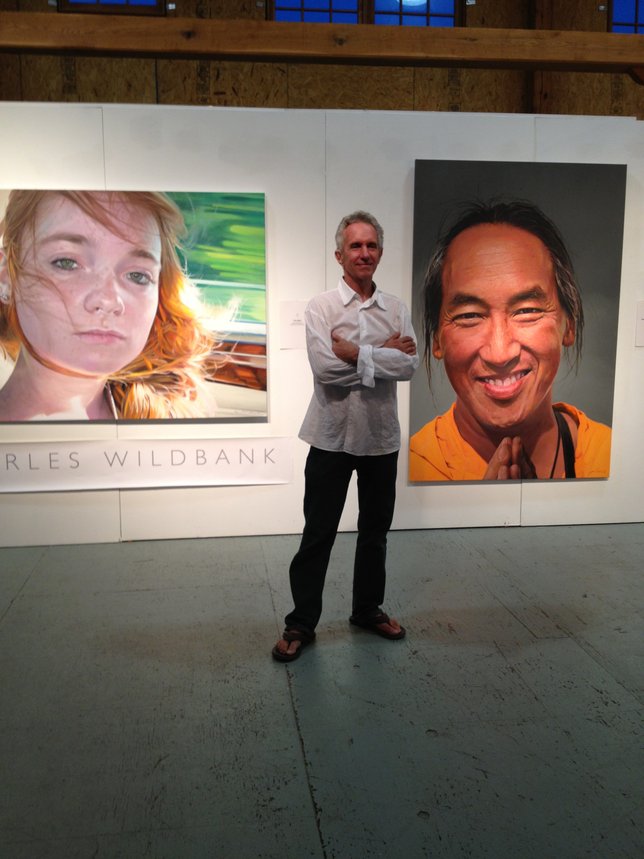 I am hesitant to write too enthusiastically about the North Fork of Long Island.  Not because I didn’t enjoy my time there, but because I loved the area’s laid-back, natural charm so much that I don’t know if I should share it with too many people. Part of what makes the vicinity so special is its undiscovered appeal, as though when you travel there you are stumbling upon an untouched hideaway of farm-to-table restaurants, lush local vineyards and an emerging art scene to rival any of the more populated areas like the neighboring South Fork, perhaps better known as the Hamptons.

A quaint, multi-faceted destination full of fresh, flavorful food, an impressive selection of local wine and a budding cultural hub to boot? It sounds too good to be true. But Literary Traveler saw it with our own eyes, and we brought cameras to document it. But if you don’t want to take our word for it, your best bet is to see it for yourself.

Jamesport’s Jedediah Hawkins Inn, known for its historic charm and popular restaurant, is all too aware of the artistic thread running through the North Fork. They have transformed the property’s rustic barn in to a large, airy art gallery showcasing the work of local artists.  The space is indicative of the North Fork’s unpretentious charm, with exposed beams and a spacious layout perfect for exhibiting works of all sizes.

Pam Hunt, the great-granddaughter of Jedediah Hawkins, who gave us a tour of the Inn, was quick to speak of the small town feel of the area, which she describes as a tight-knit group, which includes a number of talented artists. “They’re just friends of mine, you know.” She speaks of their presence matter-of-factly, as if they are as much a part of the North Fork as the Inn itself. “My parents have been here since the 1930s…Charles lives right here, and Max too lived in Jamesport for a while.” The Max she refers to is Max Moran, an artist whose work hangs throughout the Inn, and who will be featured in an upcoming exhibit in the Barn.

Charles is, of course, Charles Wildbank. His work is known throughout Long Island, and during our stay his acclaimed East Enders exhibit was being showcased in the Inn’s gallery.

On the day Literary Traveler stopped by, the artist himself was meandering about, chatting with awe-filled admirers of his work.

Wildbank was born in Long Island, the eldest of nine children and congenitally deaf.  But this didn’t hinder Wildbank, who turned to art as a means of communication. He studied at the Pratt Institute, Yale, and he received a teaching degree from Columbia. He taught art to the deaf from 1972-1978 in both New York and Montreal, becoming for others the mentor and role model that he never had. But still, for Wildbank something was missing. So, in 1978, he tells us with a pleasant smile, “I pulled up my bootstraps and made a full, complete commitment to painting.”

We had the opportunity to speak with Wildbank at length after the gallery had closed for the day. He is a fascinating and amiable man who seemed to take as much pleasure in our conversation as we did, wandering along with us from painting to painting, sharing stories and inspirations as we admired his work.

One of his own personal inspirations was the artist Andrew Wyeth, whose work his parents would take him to see by train in Manhattan. Later in life, when he heard Wyeth would be appearing in Wilmington, Delaware, he raced there from Long Island on one day’s notice.  He counts that experience -- being able to speak to Wyeth and tell him how much he loved his work -- as a bucket-list worthy moment.  He praises Wyeth’s work, explaining that “when you depart from the ordinary reality, it gets very exciting…and you get a refreshing point of view.”

Wildbank’s work is refreshing in its own right. The portraits displayed in his East Enders exhibit at the Jedediah Hawkins Inn are larger than life and yet uncannily lifelike.  This particular selection of his work is in the photorealist style, produced from a slide, or photograph, or in Wildbank’s case, a photo displayed on his laptop.  His work is deeply personal, and this can be seen in the emotive expressions of his subjects, and through the way he speaks about each model.  He handpicks most of his subjects when inspiration strikes.  Some are people he knows; some are people he admirers.  An avid practitioner of yoga, he was inspired to paint Yoga Master Rodney Yee, whose videos he had used before meeting him.

Although he describes himself as shy, his artistic inspiration often takes precedent when approaching subjects for his work.  He once spotted pop art trailblazer David Hockney in a restaurant and asked him if he could paint his portrait.  Using a Polaroid to capture the image, which appeared half blank as Polaroids wont to do, Hockney drew a sketch over the blank part and Wildbank incorporated it in to his final piece – a glorious mash up of photo realism and pop art that any contemporary art aficionado is sure to appreciate.

Wildbank is both charming and humble. His presence in the gallery gives an air that he is part of his work, and one blends seamlessly in to the other.  We are told that he is often there during gallery hours, happy to chat with the visitors who wander in and out of the open barn doors.  He claims that “the only time I’m in public is when I’m exhibiting my art.” Maybe it is because he is so rarely in public that he is so happy to mingle and speak about his work with those so intent on hearing more.

Out of the many on display, one particular painting caught my eye – an off-center close-up of a dark-haired boy, squinting defensively in to the camera. He relays that the painting “depict[s] that moment of uncertainty when you’re in a new environment…and you want to protect yourself.”  The expression in his eyes is so exquisite, and it affected me profoundly, as it clearly did for Wildbank. “I related a lot to that because I had a lot of insecurity as a child because I couldn’t hear.”  It’s that feeling of being so small, and so defenseless, and so out of one’s element, and putting on this defensive façade to the world.  To capture that moment, to expose that intangible combination of innocence and self-protection is a feat that could only be accomplished by someone as talented and open as Wildbank, who pours his whole self into his art to the benefit of anyone lucky enough to view his work, and perhaps speak with the artist.

Hopefully, with local artists such as Wildbank and local galleries such as the one at the Jedediah Hawkins Inn, the North Fork art scene will continue to thrive. “North Fork is up and coming,” Wildbank acknowledges with a smile. “And the South Fork is looking at us and noticing that we don’t have as much traffic, and they’re bringing the traffic here.” He laughs, shrugging off his joke. After all, he is happy to share his work and be a part of this emerging community.

Amanda Festa is a writer from Boston, MA and the managing editor of Literary Traveler. She may be a lifelong Bostonian, but with many friends in Long Island and NYC, she considers it a home away from home. Aside from writing and traveling. she loves art, DIY projects, trying new restaurants, and watching a questionable amount of television.

Literary Traveler is a travel website that encourages readers to indulge their wanderlust and explore the world through their literary imagination.This summer, the girls of Literary Traveler pack a copy of The Great Gatsby, hit the road and look beyond the Long Island of F. Scott Fitzgerald's Jazz Age to its rich contemporary culture, vineyards, agricultural heritage and more. We’ll be exploring the connection between the glamour of Long Island’s literary heritage and the abundance of things to see and do here today. Follow us on our journey on Twitter and Facebook!