'Transformers: Age of Extinction' takes the title of top debut of the year with $100 million at weekend box office. More great movie releases to come with Fourth of July holiday weekend. 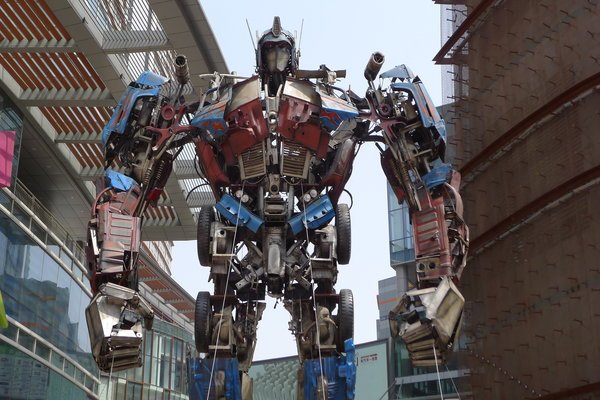 ‘Transformers: Age of Extinction’ was the only wide release this past weekend, and it came out big with $100 million at the weekend box office. This boosted the film to become the top debut of the year – taking the title away from ‘Captain America: The Winter Soldier’ with an opening of $96.2 million in April.

The latest release of Transformers is the fourth installment of the series and it comes out as the second-best debut of the franchise. ‘Transformers: Revenge of the Fallen,’ which opened in 2009 took in $108 million in its opening weekend.

This latest installment of Transformers has a lot going for it, including star Mark Wahlberg and scenes of city destruction.

Third at the weekend box office is ‘How to Train Your Dragon 2’ with $13.1 million. It’s also running on its third weekend out.

For those with plans to run to the movie theaters this Fourth of July holiday weekend expect to laugh with new comedy release ‘Tammy.’ The other new release to come out is ‘Earth to Echo, an adventure, sci-fi film.

For those looking for comedy:

For those looking for an adventure, sci-fi: