Samsung Launches Galaxy S4, to be Available in April

The latest entry in Samsung’s highly successfully line of smartphones has been confirmed. 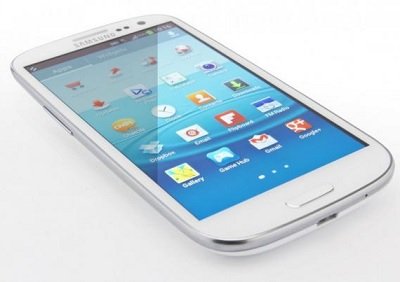 Samsung has carved itself a nice niche as the most popular manufacturer for the world’s most popular mobile operating system, so when it releases a new flagship phone the expectation is that the South Korean electronics giant must aim to impress. The new Galaxy S4 certainly hopes to do that.

Officially announced at a conference in New York City last week, the new Galaxy packs several features to place itself ahead of its predecessor. Perhaps the easiest of improvements to see will be in video quality: the phone itself has grown from a 4.8” Super AMOLED screen to an even 5”; video resolution has been enhanced from 720p to 1080p full HD and 441 ppi (pixels per inch); the rear camera leaped from 8 megapixels to 13, and the front got a slight bump from 1.9 to 2MP. Samsung promises there will be no shutter lag when taking pictures, and offers the rare capability to use both cameras at once—letting a user either record oneself with the front camera while taking videos with the rear, or show a friend what he is looking at on the opposite side of the phone when video-chatting.

Under the hood, the S4 will use an unprecedented 1.6 GHz octa-core processor (the S3, like most recent high-end phones, uses a quad-core; many even still use dual-core processors) in most markets and 2 GB of ram to power the latest version of Android, version 4.2.2 Jelly Bean. It will come in three storage capacities—16 GB, 32GB, and a new 64 GB option—all of which will be expandable by up to an additional 64 GB through the use of a microSD card for a potential 128 GB of memory. The battery has also gotten a nearly 20% boost in capacity over last year’s model, going from 2,100 mAh on the S3 to 2,600 mAh on the S4, despite a physical reduction in the thickness of the handset.

The Galaxy’s body will still be made out of plastic, unlike the aluminum popularized by Apple’s iPhone or the highly durable Kevlar used in recent Motorola phones, but it will make use of Gorilla Glass 3—the latest in damage resistant screens.

Samsung has not focused simply on improving the specs of their latest device, however; they have also added several new gesture controls and other features. Via a program called Smart Pause, eyeball tracking through the front camera will allow videos to pause automatically when the viewer gets distracted and looks away. Smart Scroll will likewise allow users to slide a page up or down simply by tilting the phone while they are looking at it. Air View will assign specific tasks, such as previewing e-mails or images, to activate when a finger hovers above the screen instead of touching it directly. An IR blaster will even be built into the phone so that it can be programmed like any universal remote to control TV’s, receivers, cable boxes, and Blu-ray players.

No cost has been set for the Galaxy S4, but it will be rolling out in waves across the world beginning in April, so prices should become known as the US release approaches.