Grab Your 2015 Empire Passport and Enjoy the Best Parks and Beaches Year-Round!

Get your hands on this year’s Empire Pass for year-round access to some of the best parks and recreation facilities. 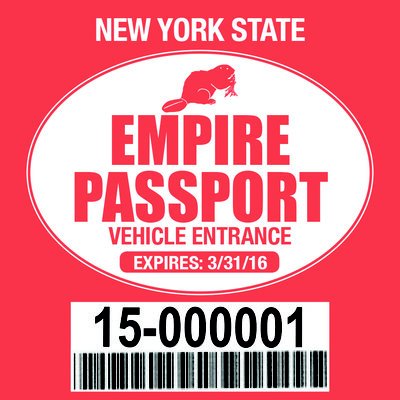 Warmer weather is ahead, and the best way to explore Long Island is to go to some of its magnificent forest preserves, park preserves, and beaches.  The 2015 Empire Passport (also called the Empire Pass) is your key to these great sights and activities in the area, and it is now available for purchase for the new Empire Passport season.

The Empire Passport costs $65, and grants its holder free entry and parking at 180 state parks, 55 Department of Environmental Conservation (DEC) forest preserve areas, and boat launch sites, arboretums, and park preserves. This means major savings for those who frequent places like Jones Beach, Robert Moses State Park, Bethpage State Park, Sunken Meadow State Park, and Bayard Cutting Arboretum.  The Empire Pass can also be used at state parks and preserves upstate, so you can save while traveling or on vacation.  For a complete list of places that accept the Empire Pass, click here.

The Empire Pass is valid from the time of purchase until March 31, 2016.  Since it is affixed to the owner’s car, it is valid for as many people as the car can hold.

Empire Passes can also be purchased as gifts, so if you have a friend or loved one who enjoys going for a swim at Jones Beach or loves to gold at Sunken Meadow or Bethpage, an Empire Pass can be the gift that keeps giving all year round.

Passports can be purchased online here or in person at state parks, as well as by phone or by mailed application.  Not all state parks take credit cards, so be sure to have cash or check available.

For those who are interested in longer-lasting Empire Passports, New York State offers a 3-year Empire Pass for $165 and a 5-year pass for $260.  Lifetime passes are also available with a one-time payment of $750, which grants the holder free entry and parking at state parks for the rest of their life.

For more on the Empire Passport, please visit the NYS Parks website.