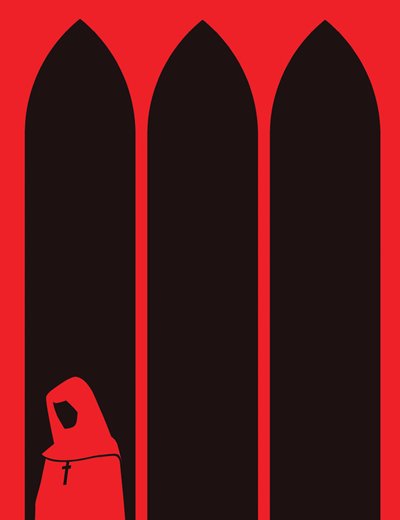 Stony Brook NY - August 12, 2014 - Asylum Theatre brings the riveting drama Doubt to Staller Center's intimate black box Theatre 2 in September to start the Staller Center 2014-2105 season. The Pulitzer Prize and Tony Award winning play by John Patrick Shanley is scheduled for eight performances, September 18-21 and 25-28, Thursday through Saturday at 8:00 pm and Sunday at 2:00 pm.  Tickets to the play are $30 at www.stallercenter.com or by calling (631) 632-ARTS [2787].

The play is set in 1964, with Sister Aloysius, a Bronx school principal, taking matters into her own hands when she suspects Father Brendan Flynn of improper relations with one of the male students. The audience is left to decide what may or may not be true.

In his notes in the script, Mr. Shanley writes, "Doubt requires more courage than conviction does, and more energy; because conviction is a resting place and doubt is infinite - it is a passionate exercise."

Asylum Theatre and Staller Center co-produced plays that began the Staller Center season in past years: Kimberly Akimbo by David Lindsay-Abaire  in 2013 and The Clean House by Sarah Ruhl in 2012. The Asylum Theatre Company, a group of professional actors, has staged a range of productions over the past decade including The Tempest, which was honored with inclusion into the Royal Shakespeare Company’s Open Stages Festival.

Staller Center brings a colorful mix of artists following the production of “Doubt” -- from the cellist Colin Carr and pianist Thomas Sauer, Wednesday, October 1 in the Recital Hall playing Beethoven, Mendelssohn, Debussy and Adès to acrobats on Main Stage: Cirque Peking – The National Acrobats of the People’s Republic of China, award winning circus performers on Saturday, October 18. The world-renowned Emerson String Quartet performs on Friday, October 24 with Bach and Beethoven on the program. Salsa and Latin Jazz fans can look forward to the Spanish Harlem Orchestra, directed by Oscar Hernandez, coming to Staller Center on Saturday, October 25, bringing their New York style to Main Stage.

Momix – Alchemia brings the work of beautiful dancer illusionists to Main Stage, inspired by the four classic elements of earth, air, fire and water, on Saturday, November 1.  Mike Super – Magic and Illusion brings the celebrity magician to Staller Center on Sunday afternoon, November 9 in a show perfect for all ages.  Jazz star, Japanese composer and piano great, Hiromi, performs on Saturday, November 15.  A concert of outstanding chamber music on Wednesday, November 19 known as Starry Nights has become a Staller Center tradition, with artists in residence performing. The November Starry Nights program features the Brahms Quintet for clarinet and strings with Hagai Shaham, violin and Alan Kay, clarinet among the musicians.

Classic Broadway songs are on the program with Brian Stokes Mitchell – Simply Broadway on Saturday, November 22. The Broadway star-- “Stokes” -- is known for his roles in Man of La Mancha, Kiss Me Kate and Ragtime, among others and has dazzled audiences before when he headlined the 2013 Staller Center Gala.

On Saturday, December 13, the recording artist and singer Natalie Merchant will perform at Staller Center for the first time. Known for her vocals with the rock band 10,000 Maniacs, Natalie Merchant will bring new songs from her latest album to the stage as well as songs that span her career.

For more information and tickets, visit stallercenter.com or call the Staller Center box office at (631) 632-ARTS [2787].