Police are investigating an assault that took place late at night. 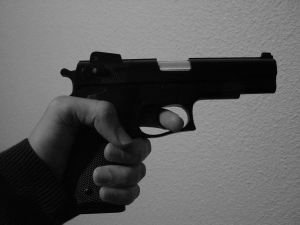 According to detectives, Hempstead Police Officers responded to a disturbance at 32 Marvin Avenue. Upon their arrival a large crowd was crossing S. Franklin Street towards Elm Street when they heard approximately three gun shots fired by an unknown subject. A 2002 Toyota Sienna was observed fleeing northbound on S. Franklin Street. The vehicle was stopped a short distance away, where a male driver/victim 17 was found to have sustained a gun shot to his right thigh. The victim was transported to an area hospital for treatment of his injuries. The male passenger, 17 was uninjured and released from the scene.
Detectives request anyone with information regarding the above listed crime to contact Nassau County Crime Stoppers at 1-800-244-TIPS. All callers will remain anonymous.