Marvin Rosales-Martinez was raking leaves after Hurricane Sandy when he came across a winning scratch-off card, but he had to wait over a year to officially claim his winnings. 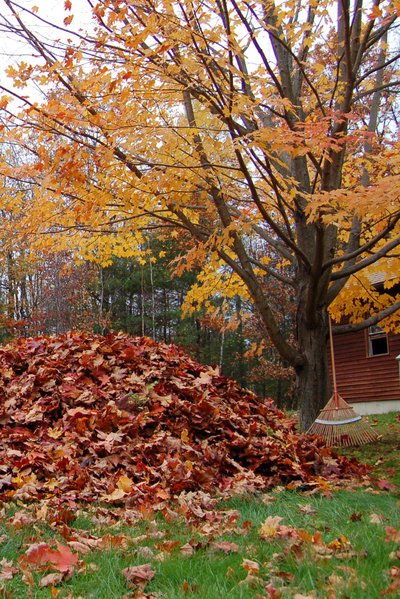 Back in 2012, one man unknowingly won the lottery without even purchasing a ticket, and this week, he was finally able to collect his winnings this Friday.

Marvin Rosales-Martinez, 27, was working for a landscaping company back in October 2012 when he was raking leaves that had come down during Hurricane Sandy.  In one fateful pile, he uncovered a Win for Life scratch-off worth $1 million.

“I saw a ticket rolling with a bunch of leaves,” said Rosales-Martinez to the New York Daily News.  “It was all wet, and I took it home and I dried it.  When I found out I had won, I felt very lucky. I felt very happy.”

The landscaper then had quite a wait before he could receive his winnings, as the ticket was too wet to be scanned at the 7-Eleven that Rosales-Martinez visited, according to CBS News.  The employees recognized that the ticket was valuable, so they told him to take it to New York State Lottery headquarters.

State lottery officials proceeded to conduct a year-long investigation to make sure that the winning ticket was legitimate and that no one else claimed it as theirs.

He selected the cash option to collect his winnings, so the winner ended up taking home $515,612 after taxes, according to lottery officials.

Rosales-Martinez, who lives with his mother in Hicksville, plans to use his winnings to help his family and give gifts to his loved ones.  As far as working, he plans on continuing to work for the landscaping company six days a week.