As voters took to the polls yesterday a majority of New Yorkers voted in favor of expanding casino gambling. 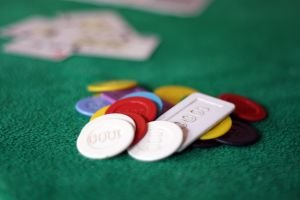 As Long Islanders were deciding the fate of the Nassau and Suffolk legislatures, voting Ed Mangano over Tom Suozzi by a much wider margin than they had four years ago, and deciding on a bevy of other issues, a referendum which impacts the whole state was also on the ballot. Yesterday, New York voted “yes” on an amendment to its constitution which will allow up to seven new “Las Vegas style” casinos to be constructed.

The vote, though less lopsided than most of the other propositions, was not particularly close—roughly 57% of the electorate voted in favor of expanding the presence of casinos. Early counts show 1,384,370 votes for and 1,040,473 against the amendment.

Governor Cuomo voiced his support for the proposal several times leading up to the election, and called its passage “a big win for local governments, school districts, and taxpayers across New York State.”

By building casinos within New York, the state expects to keep hundreds of millions of dollars within its own economy which its residents would normally take to neighboring states. Fox Woods Casino in Connecticut and Atlantic City in New Jersey have been major resort destinations for New Yorkers for years, but those seeking to gamble will now have an opportunity to do so within New York itself.

Revenues generated by the new casinos will go toward a number of initiatives, including funding for schools and the lowering of property taxes, and the new laws could end expensive court battles for local governments. A multitude of construction jobs as well as positions for the actual casinos are expected to be generated by the proposal’s passage.

Four already approved plans for casinos to be built upstate can now move forward, and there is now room for three others to be built in the rest of the state.