An East Rockaway woman and Far Rockaway man were arrested over the weekend. 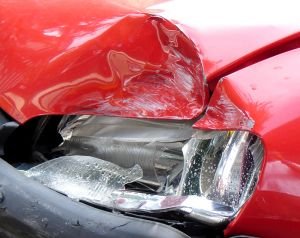 According to detectives, a 58 year old female was at her residence on North Road when she heard the sound of glass breaking outside the home. When she looked out the window she observed Richard Salako, age 37 of 1345 Bay 28th Street walking away from her 2000 Nissan. Further investigation revealed the front passenger window of the vehicle broken and her handbag missing. Third Precinct police officers responded and located the defendant at a residence on North Road. The defendant was taken into custody after being identified and the handbag recovered at the place of arrest.
Salako was charged with Grand Larceny 4th Degree and Criminal Mischief 3rd Degree. He will be arraigned at First District Court in Hempstead on Sunday, December 22, 2013.
###
East Rockaway, NY - December 22, 2013 - The Fourth Squad reports the Arrest of an East Rockaway woman that occurred in East Rockaway on Sunday, December 22, 2013 at 12:11 A.M.
According to detectives, a 19 year old male was seated in his 2002 Volkswagen with his 18 year old male friend on Smith Street in East Rockaway when he was approached by Elizabeth Dwyer, age 20 of 13 Smith Street. The victim and defendant are known to one another and an argument ensued. Dwyer then left the scene in a 1996 Jeep but returned shortly thereafter. When the victim attempted to leave in his vehicle Dwyer positioned her car not allowing him to pull away from the curb. The victim then reversed his car and was followed by the defendant eastbound on Smith Street to northbound Lawson Avenue. Dwyer then intentionally struck the victim’s vehicle with her Jeep causing the Volkswagen to mount a curb and strike a tree in front of 47 Lawson Avenue. The defendant then fled the scene in her vehicle eastbound on Smith Street. Fourth Precinct police officers responded to the scene and after an investigation placed Dwyer into custody at Lawson Avenue and Smith Street. Her vehicle was impounded and no injuries were reported.
The defendant was charged with Criminal Mischief 3rd Degree, Reckless Endangerment 2nd Degree, Leaving the Scene of an Incident without Report and Insufficient Headlights. She will be arraigned at First District Court in Hempstead on Sunday, December 22, 2013.