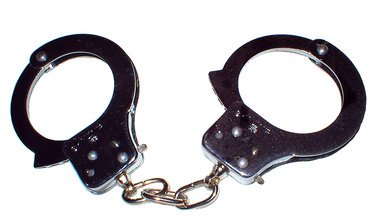 According to detectives, Abdul Rahim Robinson, 22, of 91 Melvin Avenue, West Hempstead, Aaron Munlin, 20, of 7 Bernhard Street, Hempstead, Jerry Merchant, 50, of 11 Grant Street, Hempstead, Louis Merchant, 51, of 235 SW 36th Street, Philadelphia, PA, Shapeace M. Goodwine, 22, of 43 John Street, Roosevelt and Terry Green, 28, of 811 Ascan Street, Elmont were in First District Court, located at 99 Main Street in Hempstead observing an arraignment.  The defendants engaged in an argument while in the confines of the court room causing a disruption in the proceedings.  Court Officers attempted to disperse everyone from the court room and once in the hallway a physical altercation began to take place.  The defendants were observed throwing punches and disregarding orders from Court Officers who were trying to clear the court room and hallway.  During the altercation eleven Court Officers were injured.  One Officer was taken to an area hospital for treatment.  The others were treated at scene.
The defendants are charged with Riot 1st degree, Riot 2nd degree and Criminal Contempt 2nd degree.  Additionally Louis Merchant was found to have an open Nassau County bench warrant.  They will be arraigned on Saturday, September 21, 2013 at First District Court, 99 Main Street in Hempstead.
Details by: Det. Nikolic/3rd Sqd.                   09/20/13/2005/8332
INCIDENT:  Arrest
DATE/TIME: September 20, 2013, 1100
LOCATION:  Hempstead
ITEM: 06