Governor Cuomo announced that he will use his pardon power to alleviate the barrier of a criminal conviction for people convicted of non-violent crimes committed when they were minors, and who have since lived crime-free ... 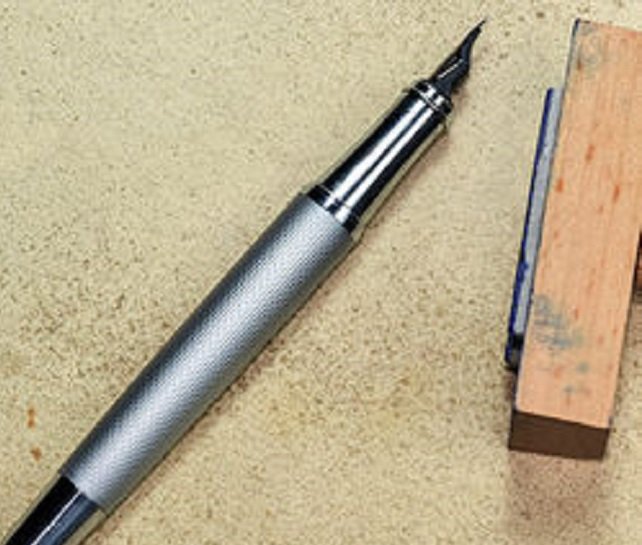 Approximately 10,000 people will be impacted as NY addresses a backlog of eligible individuals; moving forward, approximately 350 citizens will be eligible for pardons on an annual basis.

Albany, NY - December 21, 2015 - Governor Cuomo announced that he will use his pardon power to alleviate the barrier of a criminal conviction for people convicted of non-violent crimes committed when they were minors, and who have since lived crime-free for 10 or more years. This action, the first of its kind in the nation, advances the principles from his Raise the Age Campaign, which calls upon New York to join 48 other states in recognizing that 16 and 17 year old children do not belong in the adult court system.

The Governor’s action acknowledges that people can and do move beyond the mistakes of their youth, However, their adult criminal records can make it hard for them to find work, get admitted to college, find a place to live, and become licensed in certain occupations. The Governor chooses today to use his Constitutional pardon power to remove the bars created by state law that are associated with these convictions, and allow deserving individuals to move forward with their lives.

"We spent all of these years believing that if we punished every offender enough without any relief in the future, every crime would disappear,” said Governor Cuomo. “What we ultimately did was give a life sentence of stigmatization to kids who made a mistake and drive more people towards crime, because society told them for the rest of their lives that that's what they were – criminals. This initiative is about validating the personal commitment of people who turned their lives around and rejected crime in exchange for being a contributing member of society."

By pardoning New Yorkers who have reached this milestone crime-free, the Governor is helping people who present little danger to the public. Moreover, the pardon will be conditional, meaning that if a person defies the odds and is reconvicted, it will be withdrawn.

The Governor’s action will affect a significant number of lives. Of 16 and 17 year olds who committed misdemeanors and non-violent felonies since such records have been tracked by the state, approximately 10,000 have not been reconvicted after at least 10 years. Annually, approximately 350 people convicted as 16 and 17 year olds of misdemeanors and non-violent felonies remain conviction-free after 10 years. In addition to lifting the burden on these individuals themselves, their families will also feel the positive impact of this action. Now a son or daughter, husband or wife, father or mother will be better equipped to help their loved ones as they find it easier to attain employment, go to school, find housing, and work in licensed professions.

In addition to this general invitation to apply, the Administration will do targeted outreach to candidates for the pardon, starting with the most recent cohort of potentially eligible individuals, those convicted in the year 2004. Administrative staff will review the cohort and will attempt to contact those convicted of qualifying crimes committed while they were 16 or 17 and who have stayed conviction-free. They will be informed of their initial eligibility for a pardon and invited to apply, using the website. Once the 2004 cohort has been contacted, the process will be repeated for individuals convicted in 2003, and further back until outreach has been made to all potential candidates.

The Governor’s action reinforces his commitment to alleviating barriers for people with criminal convictions, exemplified by his creation of the Council of Community Reintegration and Reintegration in 2014, and his acceptance and implementation of 12 recommendations for executive action from that Council in September of this year. These executive actions included adopting new anti-discrimination guidance for New York-financed housing, and adopting “fair chance hiring” for New York State agencies.

Today’s conditional pardon offer for people who convicted as 16 and 17 year olds highlights the Governor’s commitment to advancing the Raise the Age agenda, even though the legislature, in its last session, found itself unable to pass sensible, comprehensive legislation to stop the criminal justice system from treating these young people like the adults that they are not.

Last summer, the Governor announced executive actions to remove minors from adult state correctional facilities, where they are likely to be victimized at higher rates, and may learn to become better criminals from older incarcerated individuals. The Governor continues to call on the legislature to pass the Raise the Age legislative package, which includes provisions to seal crimes committed at a young age after a person has remained crime free for a period of time.

Norman L. Reimer, Executive Director for the National Association of Criminal Defense Lawyers, said, “Governor Cuomo’s decision to issue this categorical pardon is an historic breakthrough in the national movement to promote the restoration of rights. It is a major step forward in the effort to combat the life-altering consequences of a criminal conviction and will serve as a model for governors throughout the nation. As importantly, it reinvigorates the pardon power as an integral and apolitical component of a rational and humane criminal justice system that balances public safety with mercy and forgiveness."

Soffiyah Elijah, Executive Director of the Correctional Association of New York, said, “I am excited that the Governor has taken it upon himself to do his part in ending the injustice of treating young boys and girls as adults in the court system. As Co-Chair of the Commission on Youth, Public Safety and Justice, I have seen the dire need to rectify this problem which has for so long kept our state behind the times in criminal justice. Now, with this action in addition, we are moving in the right direction and giving a chance for redemption for a group of people who have unequivocally earned it.”

With assistance from the National Association of Criminal Defense Lawyers, representatives from the Governor’s Office have developed a comprehensive training program and will begin working with these associations to train volunteer attorneys via webinar in early 2016. Although individuals may apply for clemency without the assistance of an attorney, assistance from a pro bono attorney will enhance the quality of an inmate’s application and present his or her best case to the Governor. The New York County Lawyers Association, New York State Bar Association, New York City Bar Association, the Legal Aid Society, and the New York State Association of Criminal Defense Lawyers will prepare petitions for sentence commutations and the Bronx Defenders will provide post-petition legal services with respect to benefits, housing, and employment, for successful petitioners.

The trainings, delivered via webinar with accompanying materials, will walk volunteer attorneys associated with the collaborating legal organizations through each step of being assigned a case, communicating with their client, and preparing a strong petition. It will be recorded so that as new volunteers join the project, they will be able to view the training whenever they need it.

Today Governor Cuomo also granted clemency relief to two individuals who have demonstrated rehabilitation and made positive strides in their lives since their criminal convictions. These individuals were granted clemency relief in the interests of justice and rehabilitation. The clemencies granted today are in addition to the four the Governor granted several weeks ago.

Mario Espaillat, 46, of New York, is currently serving a 4-year sentence for Second Degree Criminal Possession of a Controlled Substance in New York County. Mr. Espaillat was 19 years old at the time of his crime, and this was his first offense. Michael Sheahan, superintendent of the Southport Correctional Facility, recommended Mr. Espaillat’s case for clemency review. Mr. Espaillat has maintained a spotless disciplinary record while incarcerated. He has also completed vocational training in electrical trades and earned certifications in electrical tool repair and light fixture service. Upon his release, he will reside with his mother, wife, and two teenage sons.

J’Adore Mattis, 31, of Brooklyn, was convicted in 2006 of 3rd Degree Robbery in New York County. She was sentenced to 5 years’ probation and received a Certificate of Relief from Disabilities on March 24, 2015. Ms. Mattis is a transgender woman from Jamaica. She obtained asylum in the United States due to the violent persecution of transgender individuals in Jamaica. After her conviction, Ms. Mattis obtained an Associate’s Degree from Borough of Manhattan Community College. She earned a spot on the Dean’s List and maintained a 3.13 GPA. After obtaining her Associate’s Degree, she attended Long Island University in Brooklyn and obtained a Bachelor of Science Degree in Nursing. Ms. Mattis wants to work as a nurse, but her conviction has prevented her from obtaining a license. A pardon would clear her criminal history and allow her to work towards her dream of becoming a certified nurse practitioner. She has no other criminal history.

The Governor has the authority to grant commutations and pardons under the New York Constitution and State law. Together with the pardons announced earlier this year and in 2013 and 2014, the Governor has pardoned eight individuals and commuted three prison sentences since taking office.

The Governor engages a careful, holistic review of clemency applications with officials from the Executive Chamber, Department of Corrections and Community Service, the District Attorney’s office associated with each particular case, the Board of Parole, and the Office of Victims Services. Qualified candidates for commutations may include those who do not have a significant criminal history, have served at least half of their minimum sentences, and have demonstrated evidence of good conduct in prison as well as significant rehabilitation. Qualified candidates for pardons may include individuals whose rights or legal status are hindered by their past criminal convictions.

Individuals interested in applying for clemency should visit Governor Cuomo’s clemency website, recently launched within the last year. The website is a central resource for those seeking to learn more about clemency, eligibility requirements, and the application process, including submitting application materials electronically. Family members and friends of individuals serving prison sentences are encouraged to visit the website and apply for clemency on behalf of their family member or friend.