Officials in East Hampton are looking to hire federal sharpshooters to take out 2,000 to 3,000 deer to cull the burgeoning population 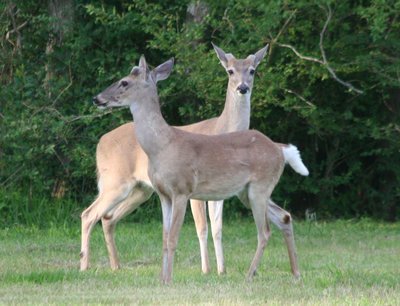 East Hampton officials are looking to sign up for federal sharpshooters to come to the East End village to handle the deer overpopulation problem by shooting them in the dead of night – a plan that is causing outrage among many residents and Long Islanders.

Proponents of having sharpshooters take down the deer population cite the prevalence of Lyme disease and other tick-borne illnesses by ticks that travel on deer as a reason to cut down on deer.  Deer also lead to a number of vehicular accidents that often end in the death of the driver and passengers.

Sharpshooters would work at night to bait traps for the deer, and once the deer have been lured over, they will be shot, or ensnared in drop nets and shot at point-blank range with hand guns.  The plan is to cull at least 2,000 to 3,000 deer from the current population of 25,000 to 35,000 deer.  This would happen in January and February of 2014.  According to The New York Times, this is one of the largest government deer removals ever undertaken, and unsurprisingly, it is also being met with opposition from locals, environmentalists, and others alike.

Opponents believe that the plan is “unethical,” a “quick fix,” and is not based on science,    The Wildlife Preservation Coalition of Eastern Long Island claims in their petition to East Hampton Town Supervisor William Wilkenson, “Stop Long Island Farm Bureau/USDA Stealth Plan To Brutally Slaughter 5,000 East End Deer,” which is being circulated around the internet.

“We categorically reject and protest the unethical, "quick-fix", non-science-based plan propagated by the Long Island Farm Bureau and the U.S.D.A. to cruelly slaughter and/or surgically sterilize over 5,000 deer in the five towns of Suffolk County, Long Island, New York, commencing January/February, 2014,” reads the petition on Change.org.

Though it does not deny that there is a deer overpopulation issue on the East End, the petition, which has gained over 8,500 signatures – just 1,500 short of its 10,000 signature goal – proposes that the population be managed with immune-contraception – a form of birth control which has been proven effective in stabilizing the deer population.

“We demand that this archaic plan be shelved permanently and that intelligent, forward thinking solutions be instituted that protect people, animals and agriculture while adhering to ethical and environmentally sound models.”