Joined by his colleagues from the Suffolk County Legislature’s Republican Caucus, Legislator Kevin McCaffrey (R-Lindenhurst) recently led a call for heightened oversight of the Suffolk County Police Department via a federal monitor. 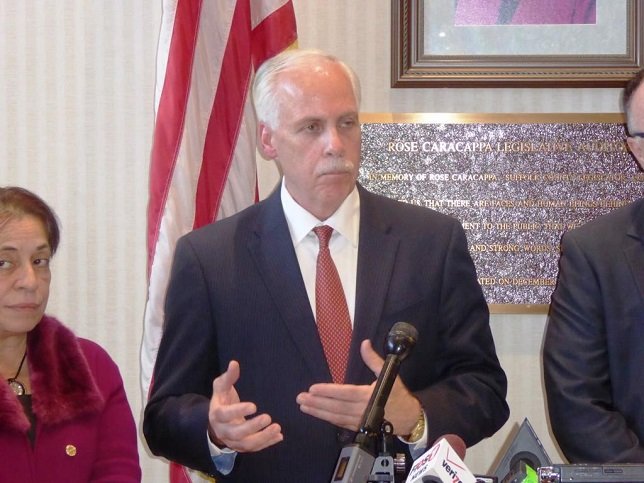 As more facts related to the investigation of former Chief Burke are revealed, it is becoming apparent that the problem needs to be addressed by a federal monitor for a variety of reasons.  It is only with federal involvement that the investigation will receive not only the best resources available, but also a vitally important element of objectivity.  Due to these realities, Legislator McCaffrey is calling on his colleagues from both sides of the aisle to request that Suffolk County Executive Steve Bellone ensure that a monitor is established as soon as possible. 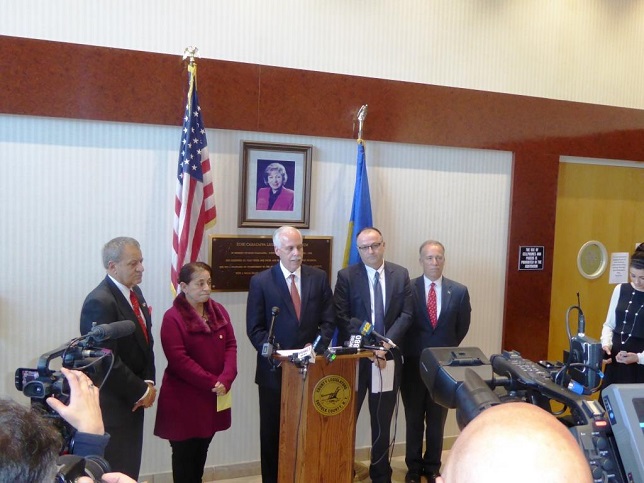 “This is not a political issue, it is one of public safety and the integrity of our government,” said McCaffrey.  “The State of New York, and now Suffolk County, is just roiling with corruption and mismanagement.  The people of Suffolk County deserve much better than this, and anything less than full federal involvement will not be acceptable.”

On top of the news associated with the allegations against former Chief Burke, word has gotten out that Bellone has tapped a former deputy, Tim Sini, to be the new Suffolk County Police Commissioner to replace exiting Commissioner Webber without so much as a search to see if anyone with more managerial or law enforcement experience was available.  Such an appointment flies in the face of good sense, as Sini’s only law enforcement experience is the few years he has under his belt as an Assistant U.S. Attorney. This appears to be a purely political appointment at a time when the public needs more transparency and less political interference in the Police Department.

“There is just no time for on-the-job-training when one is elevated to the level of commissioner of a police department,” added McCaffrey.  “While there is a time and a place for political appointments, in the realm of public safety, one’s experience, rather than affiliation, should be the primary concern.  Making capricious decisions with a police force that is responsible for more than 1.5 million people is indicative of a much larger problem.”

During the press conference, numerous members of the Republican Caucus made it clear that both Bellone and Sini (the former Assistant Deputy County Executive for Public Safety) need to speak up about what they know (if anything) regarding the malfeasance of the department, given that their positions were so intimately tied to its internal mechanisms.  After all, it was Bellone who appointed Burke, and Sini was Bellone’s top criminal justice advisor for at least a year.

McCaffrey concluded by suggesting that, “Political connections should not determine how an investigation takes place, nor should it be the sole means of determining who gets to be the next police commissioner.  Things need to change and the time is now.”