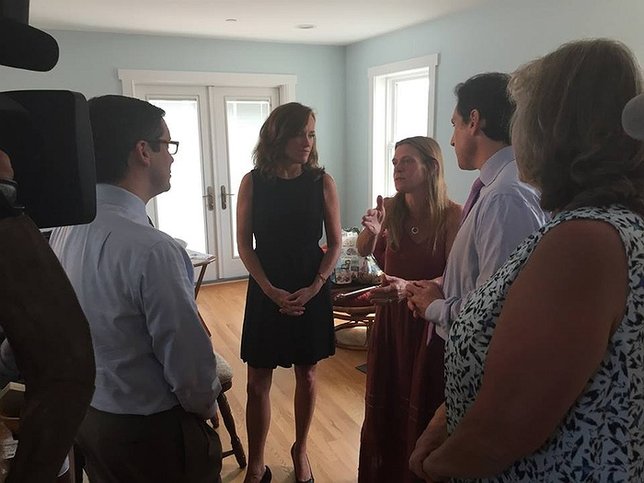 Washington, DC - December 7, 2015 - U.S. Representative Kathleen Rice and NYS Assemblyman Todd Kaminsky today called on the U.S. Department of Housing and Urban Development (HUD) to extend the Interim Mortgage Assistance (IMA) Program beyond 20 months for victims of superstorm Sandy. In a letter to HUD Secretary Julián Castro, Rep. Rice and Assemblyman Kaminsky urged the Secretary to approve a request for an IMA extension made by the New York State Governor’s Office of Storm Recovery in August of this year.

In the three years since superstorm Sandy, the IMA program has provided critical financial assistance to thousands of displaced homeowners who are paying for temporary housing while also making mortgage payments on a damaged primary home. The program pays participants up to $3,000 per month to cover monthly mortgage costs.

A copy of the letter can be found here.

“Three years after superstorm Sandy devastated our communities, thousands of Long Islanders are still struggling to rebuild and recover, with many still displaced and unable to return home,” said U.S. Representative Kathleen Rice. “Without the Interim Mortgage Assistance Program’s support, displaced homeowners would be thrown even deeper into debt, forced to make monthly mortgage payments on their Sandy-damaged homes while also paying for temporary housing. It’s clear that the recovery process is taking more than 20 months for many Sandy victims, so I urge Secretary Castro to extend the IMA program until every resident has recovered and returned home.”

“My office still hears daily from Sandy victims who are struggling financially and not home yet,” said NYS Assemblyman Todd Kaminsky. “Extending the Interim Mortgage Assistance Program past the current 20-month cap will provide great relief for the many families who are still displaced and who would otherwise have to pay both rental fees and a mortgage. We implore HUD to do the right thing and extend IMA until every Sandy victim is home.”