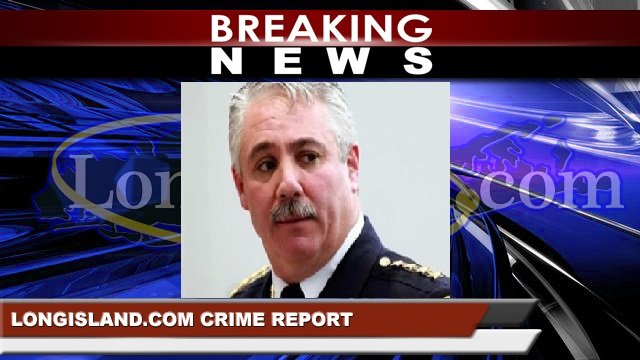 Former Suffolk County Police Chief James Burke is charged with assaulting a Smithtown man in custody in 2012 and conspiring to cover-up the assault and obstruct a federal civil rights investigation.

Long Island, NY - December 9, 2015 - A two-count indictment was unsealed today in United States District Court for the Eastern District of New York charging former Suffolk County Police Chief of Department James Burke with assaulting and thereby violating the civil rights of a Smithtown man arrested for breaking into Burke’s department-issued vehicle and stealing his property on December 14, 2012. Burke is also charged with conspiracy to obstruct a federal civil rights investigation into the assault. The indictment was returned by a federal grand jury sitting in Central Islip, New York, on December 8, 2015. The defendant was arrested this morning

The indictment was announced by Robert L. Capers, United States Attorney for the Eastern District of New York, and Diego Rodriguez, Assistant Director-in-Charge, Federal Bureau of Investigation, New York Field Office (FBI). According to the indictment and court filings, on December 14, 2012, New York State Probation Department and Suffolk County Police Department (SCPD) officers arrested probationer Christopher Loeb at his mother’s home in Smithtown, New York, for a variety of probation violations. During the arrest and search of the Loeb residence, officers discovered a large cache of merchandise stolen from over a dozen vehicles, including an SCPD-issued SUV operated by Burke. Among the items taken from Burke’s SUV was his gun belt, several magazines of ammunition, a box of cigars, a humidor, and a canvas bag that contained toiletries, clothing, and other items.

Burke was permitted to enter the Loeb residence and retrieve the canvas bag and several other articles, even as the search was underway. He then drove to the SCPD’s Fourth Precinct in Smithtown where detectives had begun interrogating Loeb. Burke entered the interrogation room where Loeb was handcuffed and chained to an eyebolt fastened to the floor. Burke then allegedly punched and kicked Loeb in the head and body.

Subsequently, Burke and others allegedly pressured the detectives who witnessed the assault to conceal the event. Those efforts continued even after the FBI and the U.S. Attorney’s Office opened an investigation of the assault in May 2013. In one instance, Burke summoned detectives under his command to SCPD headquarters in Yaphank, New York, to persuade the detectives to agree on a false version of events that would conceal the assault. In October 2013, one of those detectives allegedly testified falsely under oath in a state pretrial hearing in the Loeb prosecution, denying that Loeb had been assaulted.

“We entrust our law enforcement officials with the tremendous responsibility to uphold the Constitution and protect the communities they serve as they enforce the law. Wearing a badge is a privilege and honor—not a license to exact retribution and corrupt the administration of justice,” stated United States Attorney Capers. “We will protect the rights of all no matter where the evidence may lead, and those who break the law will be held to account regardless of their rank and status.”

“Today, former Suffolk County Police Chief James Burke finds himself on the opposite end of the very laws he was sworn to uphold. When caught at a crossroads between right and wrong, Burke took a shortcut on the path to justice. When an officer’s actions threaten to obstruct the integrity of an investigation, they unjustly call into question the reputation of those among them who respectfully adhere to the code of ethics so valued by the law enforcement community. We vow never to forget our obligation to remove from the criminal justice system those who don’t uphold the tenets of the legal system,” stated FBI Assistant Director-in-Charge Rodriguez.

The defendant is scheduled to be arraigned this afternoon before United States District Judge Leonard D. Wexler at the federal courthouse in Central Islip. The charges in the indictment are merely allegations, and the defendant is presumed innocent unless and until proven guilty.

The government’s case is being prosecuted by the Office’s Long Island Criminal Division. Assistant United States Attorneys James Miskiewicz and Lara Treinis Gatz are in charge of the prosecution, assisted by EDNY Investigators William Hessle, Michael Cassidy, and Steven Kaplan.