Re-registration for a tax break which saves the average homeowner $700 a year will end on December 31st. 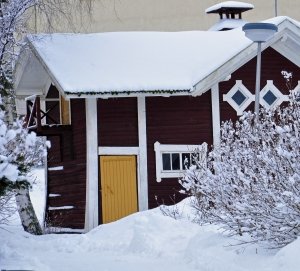 Homeowners on Long Island as well as the rest of New York have only three weeks left to re-register for Basic School Tax Assessment Relief (STAR) exemptions. The STAR program, designed to give homeowners a break on their taxes, allows New York State residents who make less than $500,000 a year and own their primary residence to exempt the first $30,000 of their house values from school taxes.

Previously, eligible homeowners only needed to apply for the program once and they would be automatically enrolled each year by the Tax Department, which continues to monitor their eligibility. In order to remain eligible for next year, however, homeowners will have to reapply before December 31st. Residents are being asked to reapply as part of a process to weed out individuals who have “double-dipped,” claiming both their primary residence and ineligible secondary homes for STAR exemptions.

“This is a small inconvenience for homeowners, but it will allow New York State to effectively root out fraud in the STAR program,” said Suffolk County Legislator Kate Browning in a statement. “Please remember to register by December 31, 2013 so that you can continue receiving your exemption.”

In order to reapply, homeowners will need to know their STAR code which has previously been mailed out (but can also be obtained here), and provide their names, social security numbers, spousal information, address of primary residence, confirmation of annual income under $500,000, and confirmation that they have received no residency-based tax benefits from another state to the New York State Department of Taxation and Finance.

This can be done through the online registration form, by calling 518-457-2036 (open between 8:30 AM and 8:00 PM Monday through Friday, and 9:00 AM – 1:00 PM on Saturdays), or in person at the Perry B. Duryea State Office Building located at 250 Veteran’s Memorial Highway in Hauppauge. Online registration is estimated to take only two to four minutes.

Failure to re-register before the end of the year will result in ineligibility for next year’s tax exemptions, which provide an average of $700 in savings to eligible New York residents. Senior citizens who have previously enrolled in the Enhanced STAR program will not have to re-register, and those who sign up this year will not have to continue doing so annually either.