A Quogue woman's car was totaled in East Hampton Village after billionaire Mort Zuckerman slammed into it. Now, this single mom is left to foot over the bill for an accident she didn't cause. 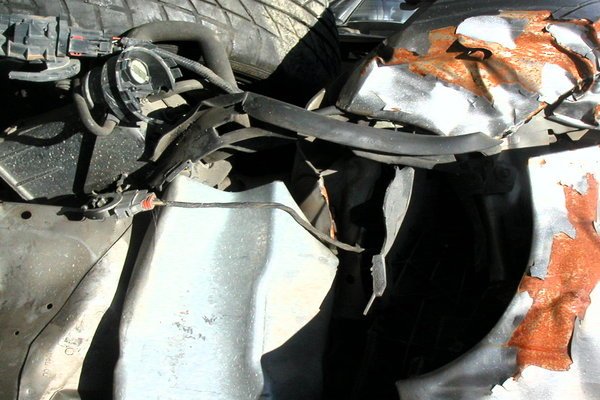 After plowing into a parked car in the Hamptons, billionaire Mort Zuckerman, the publisher of the New York Daily News and U.S. News & World Report left the scene. Now, the owner of the destroyed vehicle has been left to foot the bill.

The incident occurred on Main Street in East Hampton Village on Aug. 11. Zuckerman was driving in his 2010 Lexus when he plowed into Charlene Peele’s parked 2009 Ford Fusion, pushing the vehicle several feet forward.

When the incident occurred, it was witnessed by Peele’s coworker. Peele also reports to the New York Post that somebody followed after Zuckerman’s car following the incident.

By law, Zuckerman is required to report such an incident to police, but records show Zuckerman never proceeded to do so. The accident report also indicates Zuckerman claims to have left a note for Peele to call him.

After weeks of back and forth with Zuckerman’s insurer, Peele, a single mom was informed she would get book value for her wrecked vehicle -- $13,000. However, this amount does not come anywhere near the amount she owes on the vehicle -- $17,000.

Peele has been left with a totaled car and an insufficient amount of monetary damage for a replacement. She has had to resort to renting a car through her insurance and Zuckerman’s.

While Peele does not blame Zuckerman, it’s an unfortunate situation given she’s not the one at fault, yet she is the one left with a large bill to pay and no car replacement.