The Knicks and Nets both split their first two games of the season, and the Rangers have begun to improve their standings. 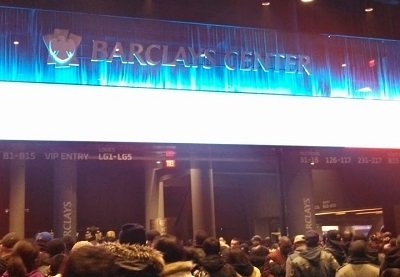 Nets Survive the Heat
The newer-look Nets had a rough start to the NBA year. After acquiring several big-name players in a trade with the Boston Celtics during the offseason, Brooklyn looked poised to make a statement against the Cavaliers as they opened the season in Cleveland on Wednesday.

Paul Pierce and Kevin Garnett both contributed as the Nets jumped out to an early 12-2 lead, but Cleveland began to battle back after that point and rallied to take a 27-26 lead exiting the first quarter. The two went back-and-forth, trading leads throughout the second period, but the Cavs took command after halftime and held a 9 point lead going into the fourth quarter.

Brooklyn rebounded in the final quarter, tying the game at 82 apiece halfway through and remaining in close contention thereafter. The scoreboard evened out twice more at 86, and then at 91, but a 7-3 Cleveland run put the Cavaliers ahead 98-94 at the end of the game, handing the Nets a loss in their first game.

Brook Lopez led the team in scoring with 21 points, followed by Paul Pierce with 17 and Jason Terry with 14 off the bench. Kevin Garnett had 10 rebounds and Deron Williams had 9 assists.

After coming up short in LeBron James’ old stomping ground the Nets returned to the Barclays Center last night to host the defending two-time NBA champions. An early Deron Williams 3 pointer put Brooklyn ahead and the team soon found itself up 11-3. Miami fought back to close the gap back within 2, but Jason Terry and Andrei Kirilenko combined for 7 points to send the Nets ahead 27-18 after the first quarter.

The Heat turned things around in the next quarter as Dwyane Wade sunk the first 6 Miami points of the frame and assisted LeBron James later in the quarter to tie the score 42-42. The teams exchanged blows for the last two minutes, entering halftime still tied at 47.

Pierce and Lopez went on a tear early in the third quarter, fueling the Nets past the Heat one more time and helping them build an eleven point lead which put them up 78-67 at the end of the period. That spread held until there were only about three minutes left in the game, at which point the Heat’s Big 3 went to work closing the gap.

James rolled in a pair of layups and Bosch knocked in two free throws to cut the spread down to 8. With less than a minute to go, Wade sunk a three-pointer, then another three was laid in by Chalmers to make it 96-94. James put in a three of his own shortly thereafter to make it a 1 point game with under 5 seconds on the clock, but Joe Johnson hit a pair of free throws to provide enough cushion to last what remained of the game. The Nets beat the Heat 101-100.

Paul Pierce and Johnson led the team in scoring with 19 points apiece, followed by Lopez’s 13 and Blatche’s 9.

The Nets will play the Magic next at 6:00 PM tonight.

Knicks Split First 2 Games
The Knicks won their home and season opener against the Bucks, but after blowing Milwaukee out of the first half the game became much too close for comfort.

Carmelo Anthony helped lead the team to a 24-18 spread after the first quarter and, and ran laps around the Bucks to enter halftime up 56-31. Milwaukee chopped away at the deficit after the break, however, cutting it down by more than half to leave the third quarter trailing 74-64. An 11-2 run to start the fourth brought them within a single point and, with 4:39 left in the game, a Caron Butler three tied the score 80-80.

Having blown what was once a 25 point lead, New York was actually trailing by 1 with just two-and-a-half minutes left to play, but a Tyson Chandler dunk put them ahead once more and two straight shots by Carmelo Anthony gave them a healthy lead. The Knicks won a game which ended much closer than it should have, 90-83.

Anthony posted a double-double with 19 points and 10 rebounds, and Raymond Felton shot for 18. Iman Shumpert scored 16, and Chandler added 10 points to his 6 rebounds and 5 blocks.

The Knicks travelled to Chicago to face Derek Rose in just his second game since returning from injury on Thursday.  This time they were the ones to suffer a slow start, falling behind the Bulls 26-16 as Chicago surged in the closing minutes of the opening quarter.

They were still down 32-39 in the last two minutes of the first half when Carmelo Anthony sunk three free throws and Metta World Peace knocked down a 25-foot three pointer. They ultimately entered the break trailing by 5, 38-43.

The Bulls widened the gap in the third with several big baskets courtesy of Rose and Carlos Boozer, putting New York down 71-61 by the end of the quarter. A strong hustle in the fourth, however, tied the game on contributions by World Peace, Amar’e Stoudemire, and Tim Hardaway Jr.  After Shumpert tied the game at 76 all, Anthony sunk one from 12 feet out to put the Knicks on top for the first time since the first quarter.

Unfortunately the comeback was not to be, as Rose put in a jumper to give the Bulls an 82-81 edge while the clock ticked down. The Knicks lost by a point.

Anthony led the team in scoring with 22 points, followed by Felton’s 13. Tim Hardaway Jr. had 10 off the bench, and Chandler snatched 19 rebounds.

The Knicks will host the Timberwolves next, playing at 7:30 PM tomorrow night.

Rangers vs. Islanders
After losing their first home game of the season 2-0 to the Canadiens, the Rangers hit the road once again. Fortunately, they didn’t have to go very far this time, as they were simply heading to Uniondale to play their rivals at Nassau Coliseum.

Chris Kreider scored the first goal of the night and of his season on a power play to put the Rangers ahead halfway into the first period, but Cal Clutterbuck tied the score 3:40 into the second with an assist by Matt Carkner. The score remained 1-1 until, with 41 seconds to go before the break, Travis Mamonic snapped in a shot which put the Islanders up 2-1.

5 minutes into the third, the power play served the Rangers well once more as Ryan McDonagh slapped in the tying goal. 9 minutes later, with the score still 2-2, Benoit Pouliot put the Rangers on top once more, giving them a 3-2 lead and the eventual win.

Rangers Beat Sabres
Fresh off a reinvigorating victory over their cross-town rivals, the Rangers hosted New York’s other hockey team on Thursday night for just their second home game of the year. The team continued to profit off of the power play, taking a 1-0 lead over Buffalo as Derick Brassard sent a wrist shot into the back of the net a little more than 8 minutes into the game.

Chris Kreider snapped in the second Ranger goal with an assist from Mats Zuccarello midway through the second period, providing the last piece off offense as New York went on to win the game 2-0.

Henriq Lundqvist stepped onto the ice for the first time in several games, putting on a tremendous show in Madison Square Garden. He stopped all 29 shots which came his way on a night in which his team dominated possession, putting 46 shots on target.

The Rangers will be at home again tonight when they host the Carolina Hurricanes at 7:00 PM.

Islanders Edge Out Senators
Last night’s game looked like it would be a low-scoring one as the first period was shaping up to be scoreless for both teams. With 1:22 left on the clock, however, Erik Condra put the Senators on the board on a wrist shot, then a minute later Nabokov let a second puck slip by to put Ottawa up 2-0.

Tavares dug into the lead with a backhanded shot halfway through the second period, and under 30 seconds later Matt Martin tipped in the second Islander goal to tie the game 2-2. Unfortunately, the tie did not last long as the Senators quickly turned around and put up another pair of goals to double up the Islanders once more. Bouchard found the back of the net with a minute-and-a-half left in the frame, making it 4-3 at the break.

Frans Nielson tied the game once more with his 8th goal of the season early in the third period. The score remained 4-4 through regulation as well as overtime, setting up a shootout which was contrastingly low-scoring. Nielson made his shot, and was the only one on either team to do so, giving the Islanders an overtime victory.

The Islanders will play the Bruins next at 7:00 PM tonight.