Governor Cuomo announced that $2.5 million is now available for 20 SUNY & CUNY schools to establish programs aimed at preventing underage drinking and substance use on campus. 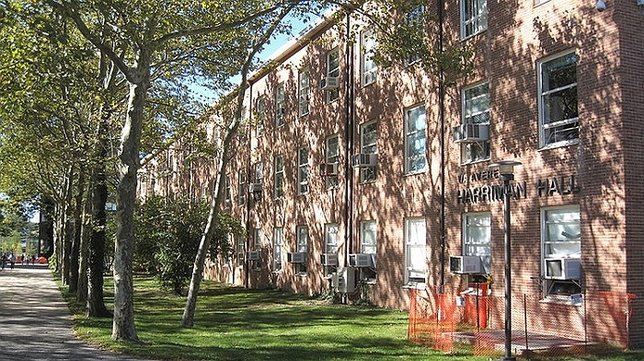 Albany, NY - November 28, 2016 - Governor Andrew M. Cuomo today announced that $2.5 million is now available for 20 SUNY and CUNY schools to establish programs aimed at preventing underage drinking and substance use on campus. With these funds, each SUNY and CUNY grant recipient will develop a campus community coalition and foster community partnerships to help strengthen local prevention efforts. The college campus initiative advances the Governor’s goal of promoting strategies that prevent underage drinking on college campuses and in college towns across New York.

“Time after time, we have seen the reckless behavior, and bad decisions with often life-altering consequences that come with underage drinking,” Governor Cuomo said. “This funding will build on our progress to prevent senseless tragedies and equip students with vital knowledge to curb underage and binge drinking, and provide critical services to those at risk for addiction.”

Administered through the New York State Office of Alcoholism and Substance Abuse Services, each awarded college will receive $125,000 annually for 5 years. The initiative’s goal is to prevent and reduce underage drinking and drug use, including prescription drug misuse, amongst the college population, while also making New York’s college campuses and communities safer.

New York State OASAS Commissioner Arlene González-Sánchez said, “This funding provides an excellent opportunity to address the potential dangerous and significant health consequences associated with underage alcohol use and drug abuse on college campuses across the State through evidence-based prevention strategies. These awardees will use these funds to help reduce the serious consequences associated with underage and binge drinking, and drug use. The potential consequences include academic difficulties, overdoses and injuries, assaults and fights, illegal activities such as vandalism or drunk driving, unprotected or forced sexual activity, increased risk for suicide, and many other health problems.”

The funding will be made available through a Request for Applications administered by NYS OASAS. The College Environmental Prevention: Using the Strategic Prevention Framework to Prevent and Reduce Underage Drinking and Drug Use RFA release date is Nov. 4, 2016. The closing date for receipt of applications is Dec. 13, 2016. The anticipated date for the announcement of the selected grant recipients is Feb. 22, 2017. Interested parties can review the RFA and apply for this new funding on the NYS OASAS Procurements website.

SUNY Chancellor Nancy L. Zimpher said, “The State University of New York strives to do all it can to ensure that our campus communities are safe learning environments for all who live, work, and visit. These OASAS grants represent another opportunity for us to enhance our efforts toward that goal, and we look forward to working with our state and local community partners to address this important issue even further.”

CUNY Chancellor James B. Milliken said, “Alcohol abuse, binge drinking and drug abuse are nationwide scourges that affect City University of New York students, campuses and neighborhoods as they do students and communities everywhere. We appreciate the Governor’s commitment to reducing underage drinking and improving access to treatment in New York. These grants will help bolster CUNY’s ongoing efforts to keep our students safe and informed about the dangers of alcohol and drugs in college social settings and off-campus, and educate them about treatment and other services.”

This initiative complements Governor Cuomo’s commitment to address sexual assault on college campuses through the State’s Enough is Enough campaign to combat sexual assault on private college campuses across the state, announced in 2015. This campaign codified protocols already adopted by the SUNY system through the Sexual Violence Victim/Survivor Bill of Rights and Uniform Definition of Consent.

This uniform set of practices designed to combat sexual assaults on college campuses was implemented at SUNY campuses in 2014 at the Governor’s direction. This new College Environmental Prevention initiative will further these already enacted efforts to combat sexual assault by implementing programs to reduce the number of risky situations that may result from alcohol and drug use. Nationally, more than 690,000 students between the ages of 18 and 24 are assaulted by another student who has been drinking, and an estimated 97,000 in the same age group are victims of alcohol-related sexual assault or date rape.

Research from the National Institute on Alcohol Abuse and Alcoholism indicates that alcohol is still the most abused drug on college campuses across the country. According to the NIAAA, more than 80 percent of college students drink alcohol with almost half reporting binge drinking in the past two weeks. Further research has shown that college students who binge drink are more likely to suffer a variety of negative, or even life-threatening events, than those who don’t drink heavily or at all. A new study released by the Substance Abuse and Mental Health Services Administration indicates that on an average day during the past year, 1.2 million of the 9 million full-time college students in the U.S. drank alcohol, and 703,759 used marijuana. Prescription drug misuse, a precursor to other opioid misuse and abuse, is also a serious issue on college campuses. About one in four people ages 18 to 20 report using these medications non-medically, according to a National Survey on Drug Use and Health.

This new initiative, supported through OASAS’s general prevention appropriation funding, also follows the Governor’s announcement this fall on coordinated efforts by several state agencies including OASAS, the New York State Police, the Department of Motor Vehicles, and the State Liquor Authority to prevent underage drinking on college campuses and in college towns. The DMV, through Operation Prevent has made 129 arrests and seized 147 fake IDs and false documents since mid-September. Additionally, the SLA has hosted free compliance training seminars in Rochester, Syracuse, Utica, Binghamton and Newburgh, providing training to nearly 500 restaurants, bar owners and their staff on avoiding sales to underage youth and intoxicated patrons.

New Yorkers struggling with an addiction, or whose loved ones are struggling, can find help and hope by calling the State’s HOPEline at 1-877-8-HOPENY (1-877-846-7369) or by texting HOPENY (Short Code 467369). New Yorkers can find an OASAS-certified substance use disorder treatment provider any time by using the OASAS Treatment Availability Dashboard at FindAddictionTreatment.ny.gov. For additional help with accessing substance use disorder care and obtaining insurance coverage, view short, helpful videos on the Access Treatment page also on www.oasas.ny.gov.

Visit the #CombatAddiction web pages to learn more about how you can help to #CombatAddiction in your community. Visit www.combatheroin.ny.gov for information on addressing heroin and prescription opioid abuse, including a Kitchen Table Tool Kit to help start the conversation about the warning signs of addiction and where to get help. For additional tools to use in talking to young people about preventing underage drinking or drug use, visit the State’s Talk2Prevent website.