Cyber Advisory Board to work with Cuomo Administration on innovative strategies to keep New Yorkers and businesses safe from cyber threats. 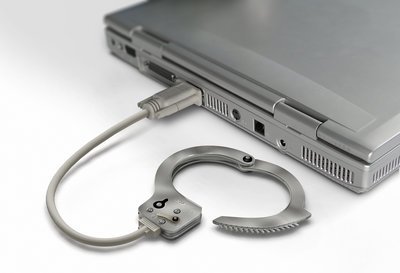 Albany, NY - May 10, 2013 - Governor Andrew M. Cuomo today announced the membership of the Governor’s Cyber Security Advisory Board, which will advise the administration on developments in cyber security and make recommendations for protecting the state’s critical infrastructure and information systems. The Governor first outlined the Cyber Security Advisory Board in his State of the State Address this January. The board members named today are among the world’s leading experts in cyber security and bring vast experience in both the public and private sectors.

Today’s announcement is underscored by recent reports of attacks on both government and corporate data systems. Just this week, eight members of a cybercrime organization were indicted for allegedly participating in a massive bank robbery using just the internet – inflicting $45 million in losses on the global financial system and withdrawing $2.8 million from A.T.M. machines in New York City alone. Yesterday, the Washington State Administrative Office of the Courts (AOC) announced that there was a security breach on its website, which may have compromised up to 160,000 Social Security numbers and 1 million driver license numbers. The investigation of this breach was conducted by the Multi-State Information Sharing and Analysis Center, which is led by a member of the Cyber Security Advisory Board.

“Recent reports of cyber-attacks on governments and corporations are further evidence that our physical and virtual worlds are increasingly intertwined and the need to increase cyber security to guard against these threats is urgent,” Governor Cuomo said. “In the 21st century, almost all of our daily activities are linked to the internet – from banking to shopping to using our telecommunications networks and physical infrastructure systems. Our federal government is working to combat emerging cyber security threats on a national level, and our state must do its part. Just as we protect against crime on our streets, we must also work to defend New Yorkers from cyber threats, ranging from identity theft to consumer fraud to threats to our physical infrastructure.”

U.S. officials at the highest levels continue to stress the serious threat that cyber attacks pose to the nation. Major cyber attacks on both public and private systems serve as a warning to all levels of government that they must do all they can to protect critical cyber infrastructure, including telecommunications networks, physical infrastructure systems, and transportation systems. The advisory board will work closely with the Governor and his administration to develop innovative, actionable policies to ensure that New York is in the forefront of public cyber security defense.

The advisory board will be co-chaired by Deputy Secretary to the Governor for Public Safety Elizabeth Glazer and Superintendent of Financial Services Benjamin M. Lawsky.

The members of the advisory board announced today are:

Mr. Clarke served the last three Presidents as a senior White House Advisor, and held the positions Special Advisor to the President for Cyber Security, Special Assistant to the President for Global Affairs, and National Coordinator for Security and Counter-terrorism. Prior to serving in the White House, Mr. Clarke served for 19 years in the Pentagon, the State Department, and various intelligence agencies. During President George H.W. Bush’s administration, he served as Assistant Secretary of State for Political-Military Affairs and, during President Reagan’s administration, he served as Deputy Assistant Secretary for Intelligence. Mr. Clarke is the author of, among other titles, Against All Enemies: Inside America’s War on Terror and Cyber War: The Next Threat to National Security And What To Do About It.

Mr. Henry served previously for 24 years in the FBI in various positions, including as Executive Assistant Director of the Criminal, Cyber, Response and Services Branch where he oversaw all of the FBI’s criminal and cyber programs and investigations worldwide. He also served as Deputy Assistant Director and Assistant Director of the Cyber Division, Chief of the Computer Investigations Unit in the National Infrastructure Protection Center, field supervisor of the Computer Crimes Squad for the Baltimore Field Office, and Chief of the Executive Staff for the National Security Branch. Mr. Henry led the establishment of the National Cyber Investigative Joint Task Force (“NCIJTF”), a multi-agency center led by the FBI, responsible for coordinating operations and cyber threat investigations. He is an original member of the National Cyber Study Group, which developed the Comprehensive National Cyber Security Initiative (“CNCI”).

Will Pelgrin, President and CEO, Center Internet Security (“CIS”), and Founder of the Multi-State Information Sharing and Analysis Center (“MS-ISAC”)

Mr. Pelgrin served for 29 years in New York State government, including as Director and Chief Cyber Security Officer of the New York State Office of Cyber Security and Critical Infrastructure Coordination (“CSCIC”). Mr. Pelgrin serves as chair of the National Council of Information Sharing and Analysis Centers. He was a Commission Member to Brief the Next President of the United States Center for Strategic and International Studies and a participant in President Obama’s 60-day Cyber Policy Review.

Mr. Reitinger currently oversees information security, privacy and internet safety at Sony Corporation. Previously, Mr. Reitinger served as Deputy Under Secretary of the National Protection and Programs Directorate (“NPPD”) and Director of the National Cyber Security Center (“NCSC”) at the Department of Homeland Security (“DHS”). In those roles, he solidified DHS' central role in the federal government's cyber security efforts, and led the federal effort to secure civilian government networks and assist the private sector in securing critical infrastructure systems. Mr. Reitinger worked previously for the Department of Defense's Cyber Crime Center and the Department of Justice, as well as at Microsoft as the Chief Trustworthy Infrastructure Strategist.

Mr. Schmidt, who recently retired after 31 years in public service, served President Obama as White House Cyber Security Coordinator. In 2001, Mr. Schmidt was appointed by President George W. Bush as Special Adviser for Cyberspace Security and Vice Chair of the President’s Critical Infrastructure Protection Board. He later served as President of the Information Security Forum (“ISF”), a nonprofit consortium of corporations and public-sector organizations working to resolve cybercrime and cyber security issues. Before ISF, Mr. Schmidt served as Vice President and Chief Information Security Officer for eBay Inc., and formerly served as the Chief Security Officer for Microsoft. Mr. Schmidt spent 26 years in military and law enforcement service, including serving in the Air Force from 1967 to 1983 in various roles, both active-duty and civilian and heading the computer exploitation team at the FBI's National Drug Intelligence Center in the 1990s.

Richard Clarke said, “State governments have to protect their own extensive computer networks, but they also have to be concerned with the security of key, private sector networks that are essential to public safety and the economy within the state. Governor Cuomo’s establishment of the Cyber Advisory board is an important step to enhancing protection of the state’s cyber infrastructure, and I am pleased to be a part of it.”

Shawn Henry said, “I commend Governor Cuomo for creating the Cyber Security Advisory Board. Having spent 24 years in the FBI, I understand the growing cyber threat, and the importance of ensuring that robust procedures and protocols are in place to protect New York State from the threat. I am pleased to serve on the Governor’s board and to help implement effective solutions to bolster New York State’s capabilities to thwart cyber attacks.”

Will Pelgrin said, “I’ve spent much of my career focused on cyber security issues, including serving previously as the Chief Cyber Security Officer of New York State. The threat of cyber attacks to our state and private-sector infrastructures is real, and I applaud Governor Cuomo’s establishment of a public-private partnership of cyber security professionals dedicated to bolstering New York State’s response to cyber threats.”

Phil Reitinger said, “I’ve spent my career in the public and private sectors working to enhance cyber security and raise awareness of cyber threats. Cooperation between public and private professionals is critical to success, and Governor Cuomo’s Cyber Security Advisory Board provides an effective and progressive mechanism for developing and implementing strategies that will help New York State defend against the growing cyber threat.”

Howard Schmidt said, “Having spent most of my career in public service, including time in the White House working on cyber-security initiatives and policies, I commend Governor Cuomo for establishing the Cyber Security Advisory Board. Cooperation between cyber-security professionals is critical to devising robust defenses to cyber attacks, and to ensuring that New York State is fully prepared to meet the ever-growing threat of cyber terrorism.”

The creation of the advisory board coincides with the Governor’s announcement in his State of the State Address of the creation of a new, first of its kind combined physical and cyber infrastructure security operations center. The center will house security intelligence experts from a variety of federal, state, and local agencies—including the Division of Military and Naval Affairs, New York State Police, New York State Department of Homeland and Emergency Services—allowing them to share intelligence information in real-time. Working cooperatively, law enforcement officials will be able to more effectively and efficiently assess, prioritize, defend against, and respond to both cyber and physical threats.