Assemblyman Todd Kaminsky (D-Long Beach) announced today that bi-partisan legislation he sponsored and championed to require quarterly reporting to the Legislature of unpaid disaster funds to superstorm Sandy victims was signed by the Governor (Assembly ... 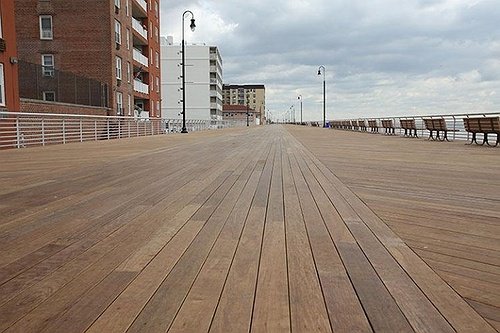 South Shore, NY - November 13, 2015 - Assemblyman Todd Kaminsky (D-Long Beach) announced today that bi-partisan legislation he sponsored and championed to require quarterly reporting to the Legislature of unpaid disaster funds to superstorm Sandy victims was signed by the Governor (Assembly bill A7204A; Senate bill S4694A). The bill’s Senate sponsor was Senator Thomas Croci (R-Hauppauge). This legislation is the first of its kind to mandate state oversight of the NY Rising program.

“Getting storm victims home and out of debt is a top priority of mine.  This bipartisan legislation will lend much needed sunlight to the storm recovery process,” said Assemblyman Kaminsky.  “This issue transcends party affiliation and I am encouraged by our ability to work across the aisle to assist storm victims. I am also grateful to Governor Cuomo for signing this important, common-sense legislation.  NY Rising has already helped many Long Islanders and it takes leadership and vision to want to understand how the program can more efficiently and expeditiously help Sandy victims.”

“The signing of A. 7204A into law is a great start on understanding where the Sandy recovery money is really going, who is getting help, and who is still struggling,” said Kevin Reilly, Founder of Long Beach Rising, storm victim and NY Rising participant.  “There is still so much more to do but receiving clear quarterly reports on the progress of NY Rising is a much needed step towards real comprehensive oversight of the program.  This legislation is definitely a step in the right direction.”

The legislation requires the Governor’s Office of Storm Recovery (GOSR) to produce and deliver to the Legislature a quarterly report providing the status of applications for disaster assistance pending before, or being assisted by, GOSR.

The Legislative and Executive branches have agreed to a chapter amendment to the legislation designed to clarify the exact nature of the reporting requirements and to ensure the confidentiality of personal information is maintained. Specifically, the chapter amendment will state that GOSR is to provide, among other things, the total number of active single family applicants who have been fully paid under the program, partially paid under the program or those who have yet to be paid. The first report is to be issued on February 15, 2016.

This bill was drafted in response to the hundreds of Sandy victims who are still awaiting the disaster funds to which they are entitled.  As the third anniversary of superstorm Sandy passed days ago, Assemblyman Kaminsky maintained his stance that it is imperative the state work overtime to help New Yorkers still displaced and that we do so in a transparent way.