AG Alleges that Near-Daily Runs to Virginia and North Carolina Resulted in the Trafficking of Over 18 Million Untaxed Cigarettes into NYC – Evading Over $3 Million in Taxes. 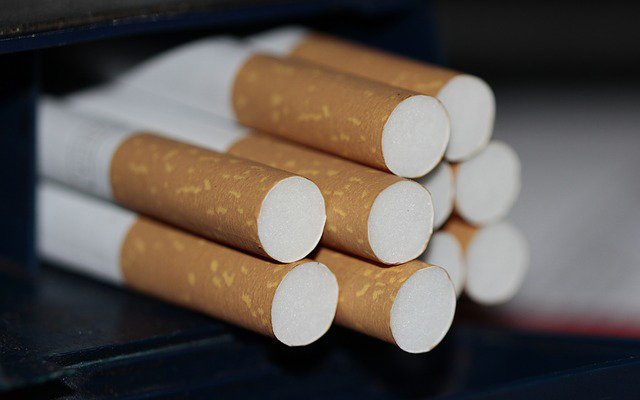 New York, NY - November 28, 2018 - Attorney General Barbara D. Underwood announced the indictment of 17 individuals for their alleged involvement in an untaxed cigarette trafficking enterprise operating in Queens, Kings, Bronx, New York, Westchester, and Nassau Counties, as well as in New Jersey, Virginia, and North Carolina. The network allegedly illegally trafficked over 18 million cigarettes from low-tax states, such as North Carolina and Virginia, to various parts of New York City. It is alleged that the defendants evaded over $3 million in tax liability due to New York State and New York City.
“As we allege, the defendants ran a massive criminal enterprise that trafficked over 18 million untaxed cigarettes into New York, cheating New Yorkers out of over $3 million in taxes,” said Attorney General Underwood. “We have zero tolerance for those who try to game the system and cheat New Yorkers – and we won’t hesitate to hold them accountable.”
“Criminals do not concern themselves with city or state lines, so it is critical that the justice system comes together to achieve our shared duty: keeping the people we serve safe,” said New York City Police Commissioner James P. O’Neill. “Along with the NYPD’s Intelligence Bureau, I thank and commend the New York State Attorney General's Organized Crime Task Force, Homeland Security Investigations, the New York State Department of Taxation and Finance, and all of the NYPD’s law-enforcement partners who took part in this case. Cooperatively, we are making the safest large city in the nation even safer.”
The investigation, which was led by the New York State Attorney General's Organized Crime Task Force (OCTF) and the New York City Police Department’s Intelligence Bureau, utilized court-authorized wiretapping, GPS tracking, covert cameras, and undercover operations. The takedown was dubbed “Operation Big Wheels” after investigators identified numerous Ford F-350 and F-150 pickup trucks that had been after-market-modified, allegedly utilized by the defendants to transport the cartons of cigarettes across state lines. Wiretaps intercepted the defendants allegedly discussing their illegal transactions in a cryptic and coded manner in hopes of avoiding detection by law enforcement, referring to Virginia as “the V” and North Carolina as “the North” to indicate which state they preferred to source their cigarettes from.
The 242-count indictment charged all 17 individuals with Enterprise Corruption, Criminal Tax Fraud in the First Degree, and Money Laundering in the Second Degree—all of which are class B Felonies, which each carry a sentencing range of 1 to 3 to 8 1/3 to 25 years in state prison. Additionally, all defendants were charged with counts of possession or transport for the purpose of sale of 30,000 or more unstamped cigarettes, and with conspiracy.
The ringleader, Mohammed Alsaidi, is facing 165 separate charges, including enterprise corruption, criminal tax fraud, money laundering, and related tax crimes.
The following defendants were charged:
16 of the defendants have been arraigned in Queens County Supreme Court; Wail Asseadi is expected to be arraigned next month. The case is being presided over by the Honorable Stephen A. Knopf.
The investigation was conducted by OAG OCTF Investigator Bradford Farrell, Supervising Investigator Brad Miller, and Deputy Chief Investigator Christopher Vasta, together with NYPD Detective Joseph Petrosino, Detective Jonathan Dubroff, Detective Brett Topping, Sergeant Robert Byrne, Sergeant Timothy Jaycox, and members of the NYPD Intelligence Bureau under the supervision of Lieutenant Joseph Sullivan. The Attorney General’s Investigations Bureau is led by Chief Investigator Dominick Zarrella.
OCTF and NYPD were assisted by Homeland Security Investigations, the New York State Department of Taxation and Finance, the Henrico County Police Department, the North Carolina ALE, and Eagle Services, LLC.
The case is being prosecuted by OCTF Assistant Deputy Attorney General Caitlin Carroll, under the Supervision of Deputy Bureau Chief Diego Hernandez. Nicole Keary is the Deputy Attorney General in Charge of the Organized Crime Task Force. Margaret Garnett is the Executive Deputy Attorney General for Criminal Justice.
A criminal charge is an accusation. A defendant is presumed innocent until and unless proven guilty.