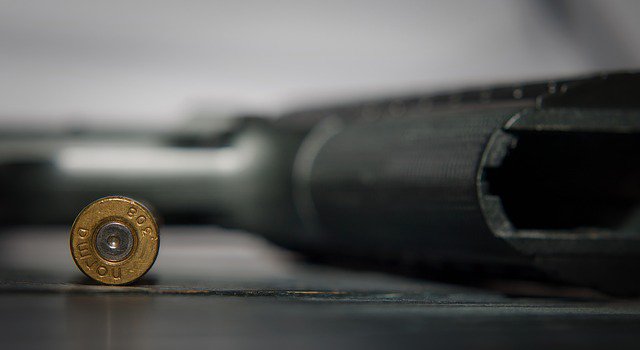 New York, NY - June 23, 2017 - Attorney General Eric T. Schneiderman announced the trial verdict and sentencing of Quincy Adams for his role as one of the leaders of a high-volume gun trafficking ring that funneled firearms from Florida to New York City, often beneath Chinatown buses. Adams received an extraordinarily rare sentence of 25 years in prison, followed by five years of post-release supervision, by the Honorable Danny Chun in Kings County Supreme Court. After a month-long jury trial, Adams was found guilty of two counts each of Criminal Sale of a Firearm in the First Degree (Class B violent felonies) and Criminal Sale of a Firearm in the Second Degree (Class C felony).
In October 2016, Attorney General Schneiderman released a first-of-its-kind analysis showing that 74 percent of all crime guns recovered by law enforcement originated out of state; nearly nine out of ten (86 percent) of recovered handguns come from out of state. The Attorney General’s report also found that 70 percent of likely-trafficked guns recovered in New York originated from just seven states with weak gun laws – with eight percent coming from Florida alone. The trafficking ring led by Adams was assisted by loopholes in federal law that allow private sales of firearms without a background check; unlike New York, Florida has not closed this so-called gun-show loophole.
“Gun trafficking rings drive the gun violence epidemic that is destroying lives in New York and across the country,” said Attorney General Schneiderman. “Even as we work to make our own communities safer, our efforts are undermined by illegal guns that pour in from other states with weak laws. If you traffic deadly, illegal weapons into New York, we will catch you – and prosecute you to the fullest extent of the law.”
The investigation, dubbed “Operation Midnight Run” and led by the Attorney General’s Organized Crime Task Force (OCTF) and the NYPD’s Firearms Investigation Unit, began in the spring of 2014. The investigation involved a high-volume gun trafficking ring that systematically funneled firearms from Florida to New York City, often beneath Chinatown buses. The Attorney General’s office and the NYPD seized more than 70 illegal guns – including semi-automatic pistols, revolvers, and more – purchased from gun shows in Florida, many of which were then resold in New York for up to four times their original price. As the 196-count felony indictment detailed, Adams helped finance the ring’s purchases and personally transported a number of the weapons back to New York City.
Prior to Adams’ trial, the following co-defendants pleaded guilty and received the following sentences:
The trial was prosecuted by OCTF Deputy Chief Diego Hernandez. Deputy Attorney General Peri Alyse Kadanoff runs the Attorney General’s Statewide Organized Crime Task Force, and Jason Brown is the Executive Deputy Attorney General for Criminal Justice.
The investigation was directed by OCTF Investigator Brian Fleming and Supervising Investigator Paul Grzegorski under the supervision of OCTF Deputy Chief Christopher Vasta, and by Detective Ted Wendling formerly of the NYPD’s Firearms Investigation Unit under the supervision of Sergeant William Sommer, Lieutenant Michael Jennings, and Captain Brian Gill, commanding officer of the Firearms Suppression Division.