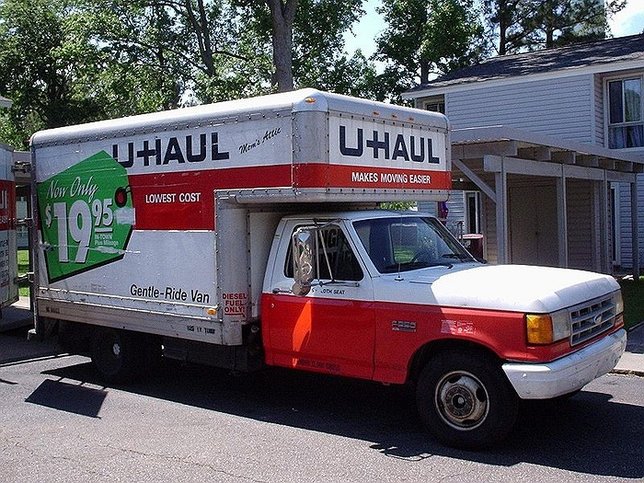 The defendants, including ringleader Guilberto Jean, pleaded guilty to participating in a series of staged accidents in which rented U-Haul or Penske trucks were intentionally crashed into cars loaded with participants, who were then directed to be treated for fictitious injuries at medical clinics in Freeport and Valley Stream.

As a result of the fake accidents and falsely reported injuries, the defendants submitted fraudulent insurance claims totaling more than $150,000.

“Insurance fraud costs all New Yorkers by distorting the marketplace and increasing premiums,” Attorney General Schneiderman said. “Anyone who thinks they will be able to get away with these types of fraudulent practices should think twice. As today’s convictions demonstrate, if you attempt to exploit the insurance system for personal gain, you will be punished.”

In 2015, nine defendants were charged by the Attorney General’s Auto Insurance Fraud Unit (“AIFU”) in relation to four staged accidents:

The four accidents were staged in order to fraudulently bill insurance carriers and collect illegal payouts. In New York State, a person injured in a motor vehicle accident is automatically covered by the Comprehensive Motor Vehicle Insurance Reparations Act, commonly referred to as the No-Fault law.

No-Fault insurance carriers are required to provide reimbursement for a wide range of medical and health services for injuries related to car accidents, up to $50,000 per person. In addition to medical coverage, a victim in a motor vehicle accident may be eligible to recover money from an insurance carrier for a bodily injury lawsuit stemming from injuries resulting from the accident.

According to court filings and admissions made by defendants at the time of plea, the defendants rented U-Haul or Penske trucks and then intentionally drove them into cars operated by other participants. The accidents were organized by ringleader Guilberto Jean, who recruited the U-Haul and Penske drivers and the occupants of the second vehicle with promises of cash payments or lucrative personal injury settlements. After they staged the accidents, the defendants lied to the responding police officers and pretended that the accident had been real.

After the “accidents,” the occupants of the cars struck by the U-Haul and Penske trucks were directed by Jean to seek treatment at Freeport Medical, P.C., located at 50 South Main Street in Freeport, NY or ZSA Medical Care, P.C., located at 71 South Central Avenue in Valley Stream, NY. At the clinics, the defendants filled out insurance forms that included false information about the accident and the defendants’ purported soft tissue injuries.

Based on the fraudulent claims of injury, Freeport, ZSA and their associated providers billed insurance carriers over $30,000 for each accident, and over $150,000 in total.

The Attorney General’s prosecution of this staged accident ring successfully concluded today with the conviction of defendant Troy Russell, the driver of rental trucks in the December 19, 2010 and June 16, 2011 accidents.

Russell pleaded guilty to one count of Grand Larceny in the Fourth Degree and two counts of Insurance Fraud in the Fourth Degree, Class “E” felonies, and was sentenced today by Justice William C. Donnino in Nassau County Court to 1 ¾ to 3 ½ years in prison and $7,500 restitution.

In addition to Jean and Russell, seven other participants in the staged accident ring pleaded guilty to criminal charges.  Larry Henley, driver of the U-Haul truck in the June 29, 2011 accident and a passenger in the June 16, 2011 accident, was convicted of Grand Larceny in the Third Degree Insurance Fraud in the Fourth Degree, and was sentenced to a 3-year conditional discharge and $10,000 restitution.

Armand Lamorissiere, a participant in the October 30, 2010, December 19, 2010 and June 29, 2011 accidents, was convicted of three counts of Insurance Fraud in the Fourth Degree and sentenced to 3 years’ probation.

Jahmari Monroe, the driver of the U-Haul truck in the October 30, 2010 accident, was convicted of Insurance Fraud in the Fifth Degree, a Class “A” misdemeanor, and sentenced to 2 years’ probation and 300 hours of community service.

Deja Mose, a passenger in the June 29, 2011 accident, was convicted of Insurance Fraud in the Fifth Degree and sentenced to a conditional discharge, 120 hours of community service and $3,500 restitution.

Tashauna Frye, a passenger in the December 19, 2010 accident, was convicted of Insurance Fraud in the Fifth Degree, Falsifying Business Records in the Second Degree and Petit Larceny, Class “A” misdemeanors, and sentenced to a conditional discharge and 300 hours of community service.

Alicia Holland, a passenger in the December 19, 2010 accident, was convicted of Insurance Fraud in the Fifth Degree, Petit Larceny, and Falsifying Business Records in the Second Degree and sentenced to a conditional discharge and $1,000 restitution.

Christopher Hunter, who allowed his identity be to used in the June 29, 2011 accident, was convicted of Insurance Fraud in the Fifth Degree and sentenced to 150 hours of community service.

The Attorney General's investigation was conducted by Investigator Adrian Klapper, under the direction of Supervising Investigators Edward Keegan and Natalie Shifrin and Deputy Chief Leonard D'Alessandro. The Investigations Bureau is led by Chief Dominick Zarrella.