Schumer Reveals: Next Month Ban on Undetectable Plastic Guns Expires, In Danger of Not Being Extended

Guns Can Slip Through Any Metal Detector And X-Ray Machines and Into Secure Locations Like Planes, Sporting Events, Government Buildings and Schools. 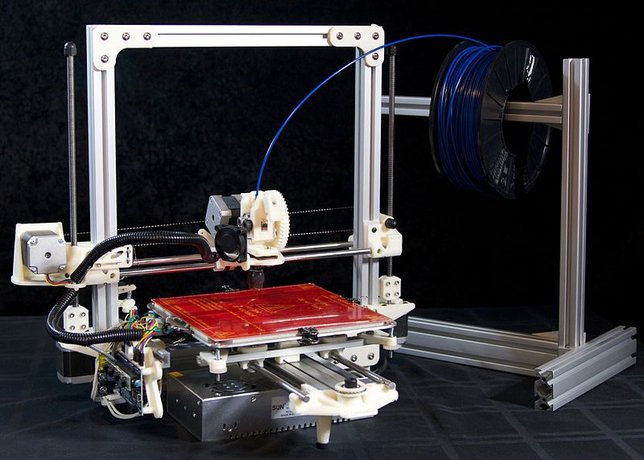 New York, NY- November 18, 2013 - U.S. Senator Charles E. Schumer today said that a longstanding, nationwide ban on the production of firearms that are undetectable by metal detectors and x-ray machines is expiring in less than three weeks and that the need to renew and tighten the ban is growing more urgent each day.  He said that impending expiration, combined with rapidly advancing technology that allows anyone to produce a plastic gun in their home cheaply and easily with a 3D printer, creates a situation in which felons, terrorists and the mentally ill can slip deadly weapons into airports, schools, sporting events, government buildings and other supposedly secure locations. Schumer first raised the alarm about these guns in May, and even in the short time since then, the weapons that have been created have gotten more and more deadly.  Whereas at first the guns were able to only fire a single bullet before falling apart, now they can shoot multiple bullets and are far more reliable. Today Schumer announced that he and his colleagues plan to attach legislation extending the ban on such weapons to one of several must pass pieces of legislation that will come before the Senate in a couple of weeks.

The 3D printers that can produce these guns have been around for more than a decade, and are a miraculous technology that could revolutionize manufacturing.  However in recent years there has been a push to use them to make plastic, fully functional guns that can slip through metal detectors in airports and elsewhere.  In April, for the first time, a non-profit organization achieved this goal, and uploaded those plans to the internet, which have been downloaded over 100,000 times since then.  Schumer said that this will allow any person with an internet connection and a little over $1000 dollars to produce a gun that is essentially undetectable.  The Undetectable Firearms Act is set to expire on December 9th.

Schumer is working with Senator Patrick Leahy (D-VT), Chairman of the Senate Judiciary Committee, and Senator Bill Nelson (D-FL) in these efforts.  Senator Nelson co-sponsors the legislation that will extend the ban and Chairman Leahy has been a longtime supporter of the effort.

“We are looking at a world in which anyone with a little bit of cash can bring an undetectable gun, that can fire multiple bullets, anywhere – including planes, government buildings, sporting events and schools,” said Schumer.  “3D printers are a miraculous technology that have the potential to revolutionize manufacturing, but we need to make sure they are not being used to make deadly, undetectable weapons.  By attaching an extension of this bill to one of the several must pass pieces of legislation, we can prevent an explosion of these silent killers.”

In May, Schumer announced support for the Undetectable Firearms Modernization Act, which specifically targets home production of three-dimensional plastic firearms.

In May, a Texas based organization, “Defense Distributed,” designed the first blueprint for a 3D-gun known as “The Liberator.” More than 100,000 of the blueprints were printed. The Liberator’s blueprint allows for a piece of metal that can be easily removed and plays no functional role but renders the gun legal; bullets can be fired from the gun even though it is made entirely of plastic. This past week, ATF was able to fire eight founds using the Liberator.

The Undetectable Firearms Modernization Act aims to extend the ban on undetectable firearms to any gun or receiver that would not be detectable by walk-through metal detectors or would not generate an accurately shaped image of the object on an x-ray machine. Under this legislation, it would be illegal to carry the Liberator even without the removable metal piece attached.

The existing law, the Undetectable Firearms Act, expires on December 9th, 2013. Once expired, it will be perfectly legal to print, sell, or carry a 3D plastic gun like any other gun. If the legislation is not renewed, individuals will be able to easily carry a 3D plastic gun through a metal detector and gain access to an airplane, school, sporting event, courthouse or other government buildings.