Charles Schumer and Senator Bill Nelson of Florida are looking to strengthen the old Undetectable Firearms act of 1988. 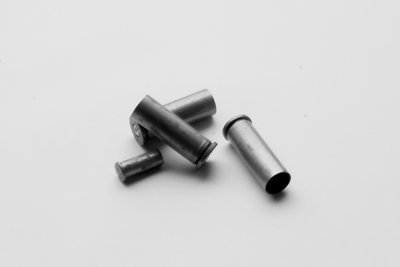 In May, University of Texas Law School student Cody Wilson created the first known 3D-printed handgun with the ability to fire. Knowing this Senator Schumer is looking to ban the creation of such easily constructed firearms. Schumer isn’t alone in this. Bill Nelson, a Democrat from Florida, is also calling for a ban in the design, manufacture, sale, import, export, and possession of 3-D plastic guns.

The two Senators said of the act in an open letter written to their colleagues, “The Undetectable Firearms Modernization Act of 2013 updates the 1988 law that bans undetectable firearms and their components by extending the ban on plastic guns and including a ban of homemade, 3-D printed, plastic high-capacity magazines.”

In the next three years the 3D gun technology is going to be available to anyone with $2,000 to spend. The current incarnation of the 3D-printed gun the Texas student created though is said to cost $10,000. After Wilson put it on his website the government swiftly shut it down. Schumer and Nelson fear this particular incident sends a signal that anyone has the capability of doing what Wilson did.

“With continuing advancements in technology, it is imperative that we renew the ban and take the necessary steps to keep people as safe as possible,” Schumer and Nelson wrote in the letter seeking co-sponsors from their fellow Senators.  “Extending this ban will give law enforcement the tools that they need to keep undetectable firearms and magazines from slipping past security checkpoints and off of our streets."

The current Undetectable Firearms Modernization Act will end December 9, 2013. The reauthorization of the bill would extend it for another ten years. In the House, U.S. representative Steve Israel also filed for the Undetectable Fire Arms Act. The act would make it illegal to manufacture, own, transport, buy, or sell any firearm or magazine that is homemade.