A.G. Schneiderman Honors Those Who Have Served, Releases Updated Resource Guide on Their Consumer and Legal Protections

The Attorney General’s Resource Guide for Veterans and Servicemembers details numerous state and federal benefits available to those who have served. 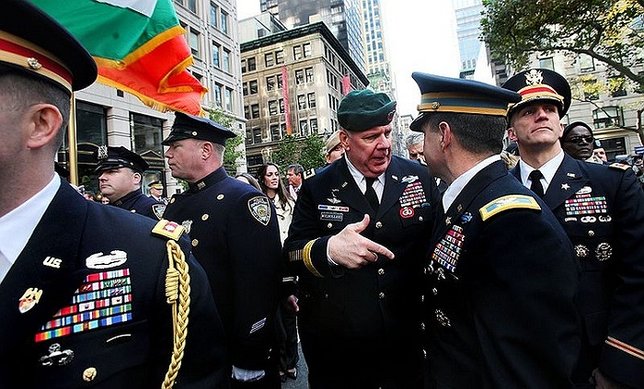 Attorney General’s Resource Guide details federal and state laws that provide benefits to those who have served in the armed forces.

New York, NY - November 11, 2016 - In honor of Veteran’s Day, Attorney General Eric T. Schneiderman released an updated resource guide and website to provide veterans and active duty military personnel with information related to the education, consumer protection, and legal benefits available to them during and after active military service.  The Attorney General’s Resource Guide for Veterans and Servicemembers details numerous state and federal benefits available to those who have served in the armed forces, including housing, education, financial, and legal protections.  The updated guide and website include updates on existing laws, as well as information on additional protections and resources that have become available since the Guide was originally published in 2011.

“Today we express our gratitude for the sacrifices made by our men and women in uniform to keep our country safe. We must honor their sacrifices by ensuring that our servicemembers, veterans and their families are protected here at home,” said Attorney General Schneiderman. “I encourage military families to learn about the educational, housing and legal resources available to them, and to take full advantage of the benefits and protections they have earned through their service.”

The Attorney General’s Resource Guide details federal and state laws that provide benefits to those who have served in the armed forces, and includes:

The updated Guide includes information on the recent United States Department of Defense Rule, which expands the coverage of the federal Military Lending Act (MLA), and provides additional protections for servicemembers in their consumer credit transactions, including a 36% interest rate cap, additional disclosures regarding the borrower’s payment obligation, and a ban on mandatory arbitration.  These provisions, except with respect to credit cards, became effective October 3, 2016.

The Guide also highlights a new provision of the New York State State Soldiers’ and Sailors’ Civil Relief Act, which provides, as of July 21, 2016, additional protections for servicemembers who need to terminate contracts with telecommunications, television and internet service providers or health clubs because they have been ordered to report to military service.

Along with the Guide, the Attorney General’s website provides links to press releases about issues affecting military families and an updated list of additional resources.

Additionally, the Attorney General’s office will be conducting new fraud prevention presentations for veterans across the state. Visit our website to request a presentation.

In September 2016, demonstrating his dedication to issues affecting military families, Attorney General Schneiderman announced a multistate settlement with retailer USA Discounters, also doing business as USA Living and Fletcher’s Jewelers, to resolve the state’s claims of deceptive trade practices against the company.  The deceptive practices included targeting servicemembers and hooking them into deceptively usurious loans, false advertising and illegal collection practices.  The company would also sue servicemembers out of state where they were unable to defend the action, ultimately taking default judgments against them.  The approximate value of the restitution to consumers in New York State is $1.8 million.