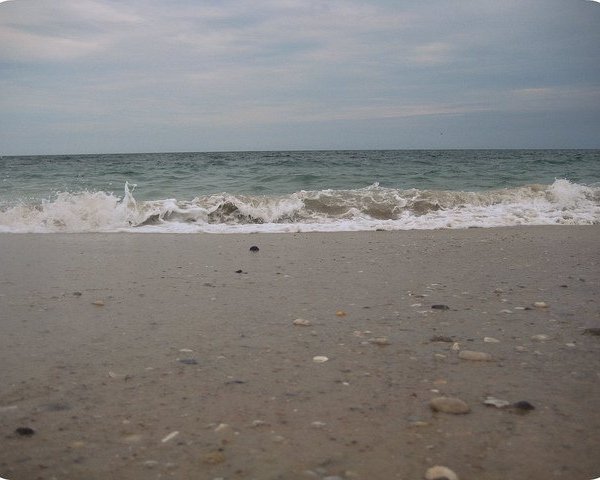 “The destruction caused by Superstorm Sandy to Long Island’s parks and beaches was unprecedented and our long-term rebuilding process continues today,” Governor Cuomo said. “Last summer, we took a major step forward in the recovery from Sandy when we repaired and reopened the severely damaged Ocean Parkway and Robert Moses State Park for the busy tourism season. Now, with this new federal funding, we can build on those emergency repairs with measures that will strengthen and protect the natural infrastructure at the park from future storms. This is a critical part of our efforts to not just build back, but to reimagine our state’s beaches and parks for a new reality – ensuring that Robert Moses State Park remains a popular coastal destination for New Yorkers and visitors.”

“Robert Moses State Park is a significant tourism destination and crucial to Long Island’s quality of life and I’m thankful for Governor Cuomo’s commitment to protecting it,” said Office of Parks, Recreation and Historic Preservation Commissioner Rose Harvey. “Not only will this project better protect the repairs we’ve made so far, the state’s strategy of building back with natural sand and dunes will enhance native plant and animal habitat and protect the area’s coastal beauty.”

“This important investment will help restore and replenish the beach, not only providing valuable recreational opportunities for residents, but through natural means, it will protect the road system and water tower which are vital for access for millions of visitors to Robert Moses State Park and the community which surrounds it,” said Director of Storm Recovery Jamie Rubin. “The State looks forward to announcing additional infrastructure recovery projects in the months ahead.”

With the completion of this Robert Moses project and others by the state Department of Transportation and the Army Corps of Engineers along Gilgo, Town of Babylon and Overlook beaches, as much as 3.4 million cubic yards of sand will have been used to restore and enhance 7.5 miles of beaches and protective dunes adjacent to the park and Ocean Parkway.

Sand removed from the State Boat Channel will be used to nourish Field 3, 4 and 5 beaches, build protective dunes around the traffic circle, and create an emergency sand stockpile. Dredging of the channel is expected to begin this weekend and will take place around the clock until June. The sand will be placed and graded on the beach up to April 1 and then stockpiled for future use. Clearing large deposits of sand from the bottom of the channel will have the added benefit of improving navigation in popular waterway for recreational boating and fishing. Other disaster recovery projects may be pursued with available funding.

U.S. Senator Charles Schumer said, “Robert Moses State Park is one of the great gems of Long Island, but unfortunately it was devastated by Superstorm Sandy. This federal funding will be crucial in helping us re-build the beach, protect emergency evacuation roads and fortify the barrier island that acts as a shield to Long Island’s south shore communities.“

Congressman Tim Bishop said, “It is vitally important that we not only continue to repair the damaged caused by Super Storm Sandy, but that we also ensure the repairs already completed remain intact. I am glad to see the state taking such steps and look forward to continued work along Long Island’s coasts.”

Senator Phil Boyle said, “It is vital that we do whatever is necessary to restore and protect our delicate beaches and natural vegetation. Further, Hurricane Sandy showed us how invaluable Robert Moses State Park is in protecting our mainland communities, which would have suffered even greater destruction but for this important barrier beach.”

Assemblyman Joseph Saladino said, “This program is essential to fortifying our resources and protecting the new infrastructure that has been replaced. An added bonus is the fact that our State Boat Channel is being dredged to refortify our dunes. This represents a win/win for or beachgoers, our environmental habitat and boaters alike. I appreciate the Governor’s efforts to ensure that these important resources are protected and ready for the coming season.”

Assemblyman Andrew Garbarino said, “This program will improve the current amenities at Robert Moses State Park while also protecting the park and its nearby roadways in the event of future disasters. I am honored to join with Gov. Cuomo in taking measures to rebuild, protect and improve our great communities here on Long Island.”

Suffolk County Executive Steve Bellone said, “These funds will help us rebuild Suffolk County stronger and smarter by enhancing our infrastructure and restoring natural defenses. Robert Moses State Park is an important recreational asset for hundreds of thousands of families and thanks to smart planning from Governor Cuomo and our state and federal partners, we will better protect this critical part of our community.”

The nearby Captree State Park marina, adjacent to the State Boat Channel, was visited by 1.1 million people last year and is home to the Captree Fleet, whose 24 commercial party charter fishing boats are a major draw for saltwater sportfishing. A 2013 report by the American Association of Sportfishing found that saltwater fishing alone in New York State had an economic impact of nearly $2 billion and supported over 15,000 jobs. Further, a 2004 New York Sea Grant study found that recreational boating in New York State had an annual economic impact of $1.8 million and accounted for 18,700 jobs.

The New York State Office of Parks, Recreation and Historic Preservation oversees 179 state parks and 35 historic sites, which are visited by 60 million people annually For more information on any of these recreation areas, call 518-474-0456 or visit www.nysparks.com, connect on Facebook, or follow on Twitter.