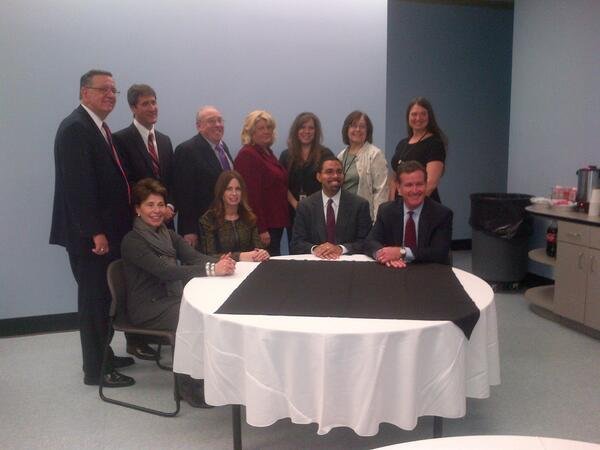 On Tuesday evening, parents, teachers, and concerned members of the community turned out in droves for a Common Core open discussion forum held at a local Long Island High School by New York State’s Education Commissioner. More than 1,500 people packed out Ward Melville High School for Commissioner John King Jr’s meeting. Many were not happy with the new testing and spoke out against it saying it's unfair for the educators and the students.

State Senator and head of the Senate's Education Committee, John Flanagan, stated that he believed that the Common Core System was "well-intentioned but very poorly executed." This sentiment is shared by parents and educators across the state, who are dissatisfied with a system that they do not believe is benefiting students, or providing them with a well-rounded, balanced education.

During the meeting, Commissioner King was booed by the crowd that had turned out to participate in the forum, and those who spoke out about opposing the new testing standards were loudly cheered and supported. The commissioner urged the unruly crowd to give the test a chance, explaining how the student scores are weighed against teacher performance evaluations, however even with Commissioner King’s explanations the jeers against him continued.

"It's like the train's pulling out of the station without everybody on board," Lana Ajemian, head of New York's Parent-Teacher Association, said of the testing.

Another meeting took place Wednesday in Mineola High School in Garden City Park and same reaction was expected going into it. More than a dozen of these emotionally charged meetings on Common Core Testing is set to take place.

A second Open Forum here on Long Island is currently taking place in Mineola, and more details will be provided once this latest event has drawn to a close.