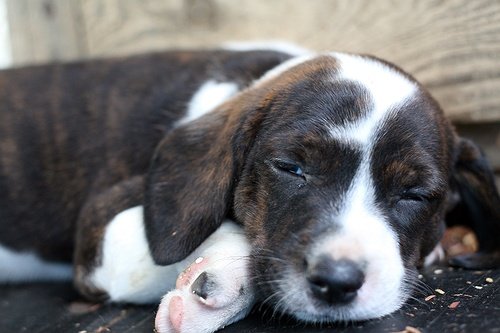 Long Island, NY - November 12, 2014 - As part of his Animal Protection Initiative, Attorney General Eric T. Schneiderman today announced that his office is offering guidance to local governments interested in drafting enforceable laws that will help curb animal abuse by so-called “puppy mills” and pet retail stores, and, ultimately, expand the standards for animal welfare in New York State. The Attorney General’s Office seeks to help local governments implement a new state law that, for the first time, provides a mechanism for municipalities and county governments to protect consumers by regulating retail pet dealers and the breeders that supply them with cats and dogs.

Offering the assistance, Attorney General Schneiderman is sending letters to 1,034 municipal and local governments today informing them of the expanded powers available to them under the new state law to regulate animal welfare standards, and offering assistance drafting legislation that protects consumers and their pets.

“The legal backup we are offering will aid local officials who are seeking to protect vulnerable animals from abuse, and assure that pets sold to New Yorkers are healthy and free from mistreatment,” Attorney General Schneiderman said. “New Yorkers value their pets as companions and are entitled to know that they came from sources that treated them in a safe and healthy manner. By working with municipalities, we will help ensure that New Yorkers can be confident that their cats and dogs are healthy when they purchase them and that they were raised in a safe place.”

Puppy mills, a major concern for New Yorkers, are large-scale breeding operations where pets are raised in squalid conditions and frequently mistreated, leaving these animals susceptible to illness, hereditary defects and other health problems. Substandard conditions in these breeding operations contribute to overcrowding at our animal shelters, disease, exorbitant veterinary bills, and even falsified pedigree information. New Yorkers deserve to know that their cherished pets were not subjected to abuse.

The Attorney General’s guidance is also focused on pet stores. Pet retailers are of concern because of substandard conditions at some stores, and because many pet stores get puppies and kittens from large-scale puppy mill operations – making retail stores the main link between unscrupulous puppy mill operations and consumers. The new law, passed in January, allows municipalities to strengthen what have been weak documentation requirements and disclosure requirements by retailers to consumers who are often unaware of this connection. The new state law ended a preemption that barred municipal and local governments from regulating pet dealers at the local level, and it allows them to impose tougher standards than the state imposes.

In his letter, Attorney General Schneiderman highlighted several areas of regulation that are particularly important, including more stringent minimum standards of care for the housing, feeding, veterinary care, exercise, and sanitation of animals; strict documentation requirements to prevent consumers from being misled as to the source of their pets; and effective protections for consumers who unwittingly purchase an animal with undisclosed health problems.

Under the new law, local governments may, among other rules, issue or require:

The Attorney General’s assistance is aimed at helping local governments that want help writing enforceable legislation. By offering local governments the ability to draft legislation, the state law allows a tailored response to the needs of communities and puts enforcement in the hands of those with the ground-level knowledge and resources to best protect the welfare of our companion animals. The work of the Attorney General is aimed at giving New Yorkers the confidence of knowing that their state is at the forefront of efforts to protect animals from abuse.

Bill Ketzer, the ASPCA’s senior state director for the Northeastern Region,said, “The ASPCA worked tirelessly last year to enact state legislation that allows municipalities to regulate pet dealers. We are thrilled that the Office of the Attorney General is making animal abuse a priority and reaching out to assist localities that may wish to take advantage of the new law and regulate local businesses. Puppy mill puppies should not be sold in New York’s pet stores and local pet sellers and breeders need to be required to treat their animals more humanely. We look forward to working with the Attorney General and the localities themselves to ensure that new ordinances improve the lives of these many dogs.”

Brian Shapiro, New York State director for The Humane Society of the United States,said, “Dogs and cats bred for the commercial pet trade are often raised in neglectful, substandard conditions and we encourage New York’s cities, towns and counties to pass legislation regulating pet dealers in their local communities. This is an opportunity to take advantage of the Attorney General’s offer to help draft sound, enforceable laws that protect our pets and consumers. We applaud Attorney General Schneiderman’s continued commitment to protecting the welfare of animals in New York State.”

A copy of the letter can be viewed here.