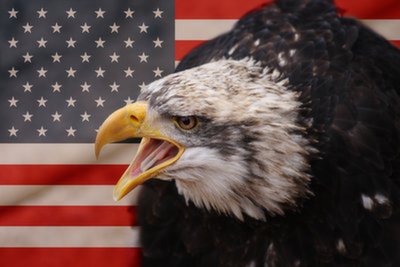 Albany, NY - November 11, 2014 -  “Veterans Day is an important opportunity for us to pause and recognize the sacrifices made by the men and women of our armed forces. By answering the call of duty, our Veterans put the needs of others before their own and built this state and nation into the land of liberty and opportunity that we know today.

“Earlier this year, I had the privilege of meeting with members of New York’s 10th Mountain Division in Afghanistan, along with wounded soldiers at Landstuhl Regional Medical Center in Germany. I was inspired by their courage, their dedication to one another, and their commitment to the American principles of freedom and justice for all. As we continue to honor and support our Veterans here in New York, we also hope and pray for the safe return of the many active servicemembers who are currently serving around the globe. Those servicemembers and the nearly 900,000 Veterans who call New York home have earned our deepest gratitude, and our administration will continue to make this the most Veteran-supportive state in the nation.”

Today the Governor announced that New York’s new “Strike Force” is up and running, helping New York’s Veterans and their family members escape this backlog. NYS employees have already been placed in VA Regional Offices to focus on attacking backlogged claims, and more will be placed by the year’s end.

The launch of the Strike Force to help clear out the backlog of disability claims continues four years of dedication to those brave New Yorkers who have served our state and our nation with honor:

“Experience Counts” Campaign: Governor Cuomo launched the "Experience Counts" initiative in November 2011, aimed at facilitating the transfer of military skills to the public and private sectors. For instance, the New York State Department of Motor Vehicles now waives road tests for veterans applying for a commercial driver's license if they have military experience operating a similar vehicle. Other careers covered under Experience Counts include: bookkeeping, accounting and auditing clerks, certified nursing assistants, computer support specialists, and security guard positions. In recognition of military families, the Governor expanded this campaign in 2014 to include military spouses in professions such as cosmetology, barbering, and real estate brokers and salespersons. More information is available here.

Summit on New York State Veterans and Military Families: In March 2014, Governor Cuomo held the first-ever Summit on Veterans and Military Families in New York State. The summit focused on creating a comprehensive approach to improving services to Veterans and military families in New York, especially in the areas of affordable housing, employment, education, benefits, and mental health. It included the participation of leaders from 36 Veterans groups, 11 representatives from military bases in New York, 28 administrators from educational institutions, 18 executives from private businesses, and many other stakeholders. More information is available here.

Service-Disabled Veteran-Owned Business Act: During the past year the Governor introduced and signed into law a bill that establishes a goal of 6% for participation on state contracts by small businesses owned by Veterans with service-connected disabilities. By comparison, the federal government’s goal for awarding contracts to veteran-owned businesses is only three percent and no other state in the nation offers as robust a program which includes set-aside contracts to these small businesses. More information is available here.

Tax Credits For Employers Who Hire Veterans: In the fall of 2013, Governor Cuomo announced a $74 million tax credit encouraging employers to hire New York’s post-9/11 veterans who are currently not employed. This incentive provides tax breaks that can be applied against the taxes of any private business that hires a post-9/11 veteran after Jan. 1, 2014 and before Jan. 1, 2017, to a full-time position of at least 35 hours a week for at least a year. More information is available here.

Expanded Council on Veterans, Servicemembers, and their Families: In November 2011, Governor Cuomo expanded the NYS Council on Returning Veterans and their Families, substantially increasing its mission, scope, and membership. Governor Cuomo expanded the Council to add other state agencies that provide services to veterans and additional civilians who have expertise in issues that affect veterans. The additions include: Commissioner of Homes and Community Renewal, to assist with housing needs and difficulties experienced by returning veterans; Commissioner of State Education Department, to assist with credentialing of military specialties into civilian occupations; President of Higher Education Services Corporation, to assist with scholarship and other higher education needs; Commissioner of Department of Economic Development; Director of Office for the Aging; A representative of an organization that provides behavioral health services to veterans; A representative of an organization that provides substance abuse services to veterans; and an academic who specializes in Veterans Affairs. The Governor has tasked the Council to work across state agencies to determine how the state can further recognize and credit military training and experience, especially in licensure and educational credit programs. More information is available here.

In-State Tuition at SUNY and CUNY for Veterans: This year Governor Cuomo signed legislation to ensure that SUNY and CUNY offers in-state tuition for Veterans using any of the G.I. Bills to attend college. This guards against Veterans from outside New York attending SUNY and CUNY schools, and having to pay out-of-pocket for tuition costs. More information is available here.

Troops to Energy: In May 2014, Governor Cuomo announced a partnership with industry leaders from five electric and gas utilities to develop a plan that places returning Veterans with utility industry jobs. More information is available here.

Distinguishing Mark on Driver’s Licenses: The Governor signed legislation to authorize the Department of Motor Vehicles to add a special distinguishing mark to driver’s licenses and non-driver’s ID cards of honorably discharged Veterans. This allows veterans to show their status in a convenient manner, without having to carry additional forms of ID. More information is available here.

Remove Income Limit For Gold Star Annuity: As announced in the Veterans and Military Family Summit, the Governor included in the 2014 Executive Budget new legislation to provide for the removal of an income limitation on the State’s Gold Star Annuity Program. Previously, Gold Star Parents – mothers and fathers who had lost a child in combat – needed an income within a certain percentage of the federal poverty guidelines in order to qualify for this annuity. Governor Cuomo’s removal of this income limit allows New York to honor all parents of children who made the ultimate sacrifice for our Nation and our State. More information is available here.

Improving Supplemental Burial Allowance: Governor Cuomo signed legislation improving the State’s supplemental burial allowance program for family of servicemembers who make the ultimate sacrifice. Specifically, this legislation expanded the program to include not only servicemembers dying within a combat zone, but also individuals who die of wounds sustained while serving in the combat zone. More information is available here.

Homes for Veterans: The State of New York Mortgage Agency (SONYMA) pledged $50 million so Veterans and military members can obtain a fixed-rate mortgage with a 3.875 percent interest rate, 0.75 percent below the already-low interest rates charged on SONYMA mortgages with down-payment assistance. First-time homebuyers who are honorably discharged military veterans, National Guard, and reservists as well as active military, National Guard and reservists qualified for this program. Honorably discharged military veterans are eligible even if they are not first-time homebuyers. More information is available here.

Suicide Prevention Training: In 2014, Governor Cuomo announced measures to require Consolidated Call Centers and all Division of Veterans’ Affairs staff members will take Office of Mental Health suicide awareness training. Certain Division of Veterans’ Affairs staff members are currently being trained as trainers in this area, who will provide this layperson’s “gatekeeper” training to other Veterans groups across New York State. More information is available here.

Veterans Liaison Officer to Help Coordinate Communication and Initiatives Among State Agencies: In March 2014, Governor Cuomo announced a new requirement for each New York State agency to appoint a Veterans Liaison Officer to coordinate initiatives focused on Veterans and military families and spread the word about new benefits. Concurrently, Governor Cuomo requested state agencies ask “Did you or your family member serve in the military?” on forms, registrations, or other customer-facing points of contact and share that information with the Division of Veterans’ Affairs. Data sharing enables Veterans and their family members to receive a wide array of services and information. More information is available here.