Governor Andrew M. Cuomo today announced that New York State has provided over $8 million to areas affected by Superstorm Sandy for the reimbursement of costs for cleaning up after the storm. 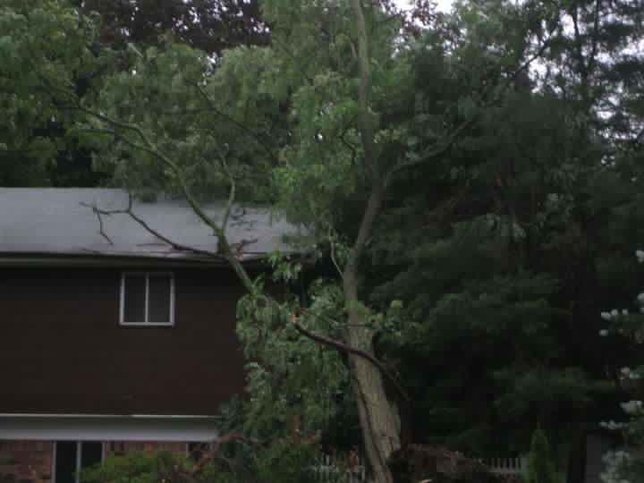 “Superstorm Sandy left severe widespread damage across communities that were in its path,” Governor Cuomo said. “The impact was both physical and financial. Localities had to respond quickly after the storm to clean up the destruction and debris left behind, and the costs of doing so were overwhelming. As we continue to recover and rebuild, I am pleased to be able to direct these critical federal funds to reimburse those impacted by the storm.”

“Restoring communities damaged by Superstorm Sandy is our department’s highest priority and these Public Assistance reimbursement funds will help each of the affected communities get their fiscal affairs back in order,” said NYS Division of Homeland Security and Emergency Services Commissioner Jerome M. Hauer.

The release of these federal funds are part of ongoing and anticipated future reimbursements the state will administer and pay to the affected municipalities. Municipalities are being reimbursed based on a variety of projects that include construction and demolition, sand and vegetative debris removal, EOC activations, evacuations, inspections, emergency IT repairs and restoration and the Sheltering and Temporary Essential Power (STEP) program. The state will continue to make these reimbursement payments as FEMA obligates the funds.

The Town of Huntington in Suffolk County is receiving $4,079,266. Costs incurred by the Town following the storm were for labor, equipment and contract expenses related to removing downed trees, limbs, power lines and contaminated sand, which caused widespread hazardous conditions.

“Superstorm Sandy caused significant damage to the town of Huntington and wreaked havoc in many of its communities. The Town workers, officials and first responders worked tirelessly removing debris in the aftermath of the storm, an effort that proved to be very costly,” said Senator Carl L. Marcellino. “This reimbursement will go a long way in ensuring that the taxpayers in Huntington will not have to shoulder the entire expense. I thank Governor Cuomo for his swift action in directing those funds.”

Assemblyman Chad A. Lupinacci said, “Like many parts of Long Island, the Town of Huntington was not spared by the tremendously destructive force of Superstorm Sandy. The arrival of these FEMA-approved funds could not have arrived at a more opportune time. The residents of Huntington are ready to put Sandy behind them and return to business as usual.”

The Town of Southampton in Suffolk County is receiving $1,512,091. During Sandy, strong winds and heavy rains brought down trees and power lines, and related flooding in low lying areas caused hazardous conditions and power outages throughout the Town. Over 100,000 cubic yards of tree and mixed vegetative debris were deposited around the Town, which was removed by municipal and contracted crews, including the use of rental equipment to augment the clean-up process.

“Getting recovery dollars into the hands of local municipalities is critically important -- and doubly so for Southampton, where the economy-boosting tourist season is about to begin,” said Senator Kenneth P. LaValle who is a member of the Senate's Sandy Budget Sub-Committee.

Assemblyman Fred W. Thiele, Jr. said, “I applaud Governor Cuomo for stepping in to assist the Town of Southampton. As a community with very few major arteries, the roads had to be cleared as soon and as quickly as possible to allow passage by emergency vehicles and evacuees, without regard to costs. We are thankful for this FEMA reimbursement.”

The Village of Babylon, Suffolk County is receiving $832,604. During Sandy, flooding, heavy winds, strong tidal waves and rain caused widespread damage, and sidewalks and curbs were uplifted by trees uprooted by hurricane force winds. The Village had to rent equipment to help with the collection and removal of debris, which consisted of about 2,500 tons of construction and demolition debris as well as nearly 1,600 tons of vegetative debris. The clean-up effort was completed by the Village’s workforce for both types of debris.

Senator Phil Boyle said, “Local municipalities continue to struggle to make ends meet with the unanticipated expenses of the Superstorm Sandy cleanup. I want to thank Governor Cuomo for securing these funds for the Village of Babylon, and am pleased that reimbursement funds will continue to come forth for other devastated communities as cleanup efforts continue.”

Assemblyman Joseph Saladino said, “The most important thing that the State of New York must be doing right now is ensuring our municipalities, our residents and our local businesses, who are the victims of Superstorm Sandy, receive the help they need immediately. I have been calling for this assistance to reach our communities as fast as possible and I thank and appreciate Governor Cuomo for heeding that call. Babylon Village has spent an enormous amount of money protecting our residents and working to restore life to normal. I am very motivated to continue to work with Mayor Ralph Scordino to ensure that Albany delivers.”

The Town of Bedford in Westchester County is receiving $585,766. During Sandy, winds caused widespread hazardous vegetative debris, including downed trees and branches in roadways, public parks and right-of-ways. The town used municipal labor, augmented with contract labor, to remove approximately 22,707 cubic yards of tree and vegetative debris from Town roadways and road right-of-ways.

Senator George Latimer said, “Governor Cuomo is to be commended for providing a needed assist to the people of Bedford. We are deeply appreciative his support and leadership in helping this community.”

Assemblyman David Buchwald said, “I saw firsthand the damage inflicted by Superstorm Sandy to the homes and businesses of Bedford, Bedford Hills and Katonah. I extend my deepest gratitude to Governor Cuomo for directing these federal funds so that the Town of Bedford can continue to rebuild after this devastating storm.”

The New York Botanical Gardens in the Bronx is receiving $520,929. Costs incurred by the Botanical Gardens were for the clean-up and removal of approximately 5,000 cubic yards of vegetative debris, including downed trees that blocked roads, pathways and walkways, causing hazardous conditions throughout the National Registered Historic Landmark.

Senator Jeff Klein said, “Every year, tourists from around the world visit our borough to witness the beauty of spring at the Bronx Botanical Garden. With this critical recovery funding, we can finally rest assured that one of the Bronx's enduring landmarks will soon return to full bloom. I thank Governor Cuomo for ensuring that our borough's needs are once again met as we continue to recover from Superstorm Sandy.”

Assemblyman Mark Gjonaj said, “The New York Botanical Gardens are important to my constituents, all New York City residents and visitors alike. It is crucial to have these funds allocated in order to restore the Botanical Gardens to pre-Sandy conditions. I thank Governor Cuomo for the funds to rebuild our communities and for making this Bronx jewel shine brighter than ever.”

The Village of Amityville in Suffolk County is receiving $483,450. The Village’s clean-up costs accounted for the removal, transportation, storage, reduction, and disposal of about 2,300 tons of construction and demolition debris and about 1,300 tons of vegetative debris consisting of downed trees, limbs and root balls. Strong winds, along with the tidal surge, produced construction and demolition debris consisting of exterior and interior damages, all of which were brought to the village right-of-way for removal. Costs for debris removal included municipal labor and contractors overtime incurred that utilized its force account equipment. The Village also used rented equipment, with operator, to assist in the debris collection. The construction and demolition debris was moved to a temporary site. The vegetative debris was also moved to a temporary debris reduction site. Contractors were hired to collect debris from the Village streets and haul the debris to final disposal sites.

Senator Charles J. Fuschillo, Jr. said, “Superstorm Sandy caused tremendous devastation and destruction in the Village of Amityville, leaving thousands of tons of debris in its wake. The Village spent substantial resources to remove this debris so that residents and businesses could start recovering and rebuilding as quickly as possible. This reimbursement funding will greatly benefit the Village of Amityville and deliver much needed support for its ongoing restoration efforts.”

Assemblyman Robert K. Sweeney said, “The initial cleanup after Superstorm Sandy was an immense effort that required all hands on deck. Amityville was able to count on local volunteers, civic organizations and dedicated public servants, including Governor Cuomo, during the storm. The governor is continuing to deliver by making sure our local government receives the federal aid it needs to cope with the costs of cleanup.