Islip Town Board Members unanimously adopted a 2014 Budget that mirrors the Tentative Budget they presented in September, which included a 0% tax increase and that restored and strengthened key programs and services for residents. 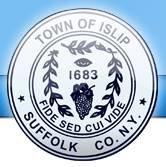 Islip, NY - November 8th, 2013 - Islip Town Board Members unanimously adopted a 2014 Budget that mirrors the Tentative Budget they presented in September, which included a 0% tax increase and that restored and strengthened key programs and services for residents. Board members stayed the course during the budgetary process to ensure that Islip residents received the much-needed tax relief they deserve, and were pleased to finalize the 2014 Budget at a recent budget public hearing.

“This Board inherited an unprecedented $26 million deficit some 20 months ago, and simultaneously had to deal with the aftermath and destruction from Super Storm Sandy and Winter Storm Nemo,” noted Islip Town Councilman Anthony Senft, Jr. “But we had a common goal to provide tax stabilization to our constituents and answer their call for improved services. With that in mind, the Board worked directly with Town departments over the last several months to scrutinize the Town’s current financial state, continuing the zero based budgeting approach.”

The 2014 budget totals $124,617.404. The average homeowner with a house at an assessed value of $400,000, will pay $441.00, for their town taxes, the same exact rate as in 2013. The 2014 Budget also allows for the restoration of the Bay Constable and Marina Guard programs that were excised in 2013, and looks to strengthen code enforcement efforts for enhanced crackdowns on illegal multi-family landlords, parking scofflaws, residential quality of life violators, and general violations of Town code. Other key components of the budget include the ongoing push to closeout expired building permits, consolidate municipal space and surplus lands, and develop innovative parking programs in 2014.

“We listened to the public – their questions and concerns -- and by working together as a team, were able to give them a budget that not only provides tax stabilization, but that also restores the programs and services that they have long requested from their Town,” Senft said. “We cut where it was necessary and possible, and grew only in very strategic ways as a direct response to the public’s ongoing requests from their Town government.”

Town Board members have pledged to continue their commitment to identify new ways to save taxpayer dollars, such as entering into public/private partnerships, which proved very successful in 2013.

The 2014 budget is available for viewing on the Town of Islip website.