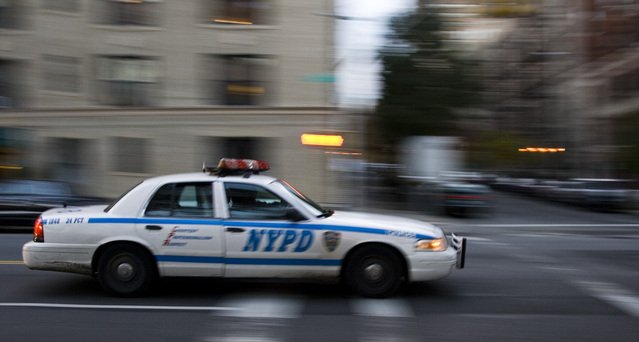 Nassau County Police PBA President James Carver: ''Our hearts go out to the family of slain New York Police Department Sgt. Paul Tuozzolo, 41, a 19-year police veteran, who left a wife and two young children. His death on Friday and the wounding of a second NYPD sergeant, Emmanuel Kwo, 30, saddens their brother and sister police officers in Nassau County and throughout the nation.

This incident again illustrates for the public the dangerous duty undertaken by police officers every day. When most citizens learn that a man with a gun is threatening others they prudently stay out of the way. Police officers such as sergeants Tuozzolo and Kwo stepped forward professionally and confronted the armed man who was in possession of multiple firearms. The sacrifice of the officers was made to protect the public from this violent individual. The death of the gunman in the shootout with the two sergeants ended his rampage in the Bronx without additional civilian casualties. The deceased gunman has been identified as Manuel S. Rosales, 35, of Brentwood. Rosales who is reported to have had 17 prior arrests in Suffolk County.

The latest reports are that Sgt. Kwo was hit in the leg and is hospitalized in stable condition. Sgt. Tuozzolo is a resident of Huntington so he was a neighbor as well as a law enforcement brother. The Nassau County PBA and its members can be counted on to do whatever they can to support the families of the two officers and the brother officers of the NYPD and especially the 43rd Precinct where Sgt. Tuozzolo was assigned for the last 10-years. It is a sad day for law enforcement.''

Nassau County Executive Edward P. Mangano: "My thoughts and prayers are with the families of the New York Police Department officer that was murdered today in the line of duty and with the officer who was shot and is hospitalized.  Our police officers put their lives on the line each day to protect our life and property.  God bless them for their heroic service and grant their families strength and faith at this tragic time."