It was a bad first weekend for the NBA season, but NY hockey and football fans had plenty to cheer for. 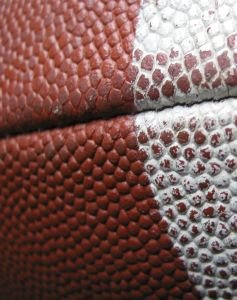 Jets Ground and Pound Their Way to Victory
The then 4-4 Jets were coming off a humiliating 49-9 blowout at the hands of the Cincinnati Bengals when they hosted the 6-1 Saints yesterday. Head coach Rex Ryan was happy to see his team make a big defensive stop on the first drive of the game, forcing the Saints to settle for a 43-yard field goal which New Orleans kicker Garret Hartley missed wide left. Rob Ryan, his brother and defensive coordinator of the Saints, responded by forcing New York to go three-and-out on their first possession.

After DeMario Davis picked off Drew Brees on the next drive near midfield, Chris Ivory ran 27 yards to put Gang Green just outside of the red zone. Geno Smith could not advance his team any closer to the red zone, but Nick Folk launched a 39-yard field goal to put New York ahead 3-0.

The Saints responded quickly, making it from the 19 yard line to midfield on 6 plays, then taking a 7-3 lead as Drew Brees threw a deep pass to Jimmy Graham for 51 yards and a touchdown.

New York got the ball back at its own 4 yard line to start the second quarter and was buried even deeper as a penalty pushed them to the 2 before the drive could even begin, but Ivory blasted through New Orleans’ defense with a 52 yard run, putting the Jets back in Saints territory. A successful goal-line stand forced Rex to send out the field goal unit, and Folk cut the deficit down to a point from 21 yards out.

Brees again dealt a heavy blow on the next drive, starting the possession off with a 60 yard pass to Meachem, then connecting with Graham for a second touchdown to go ahead 14-6, but Josh Cribbs put the Jets in prime position for a comeback when he ran the ball out 39 yards to the New York 42 on the ensuing kickoff.

Smith was finally able to get some momentum going with an 11 yard pass to Tommy Bohanon, and connected with David Nelson for 19 shortly afterwards. A 9-yard rush from Cribbs helped set Ivory up for a 3-yard touchdown run.

Now trailing by only a point, Antonio Cromartie snatched the ball away from Nick Toon for a second pick of Brees, putting Gang Green on the NO 39. Geno Smith connected with Greg Salas for 13 yards and Zach Sudfeld for another 21, then ran the ball in himself to put New York on top 20-14 at the half.

Nick Folk showed off his leg strength again to start the third quarter, sinking another FG from 47 yards out. Hartley gave a similar performance before the quarter was over, but Folk sunk another one early in the fourth, giving New York a 26-17 lead.

New Orleans was only able to muster one more scoring drive, and the Jets hung on to win 26-20 as they improved to 5-4 on the season.

With a depleted receiving core, Geno Smith went just 8/19 and threw for only 115 yards, but did not turn the ball over and had a rushing touchdown for himself. Salas led the team in receiving with 57 yards on 2 catches, followed by Sudfeld with 46 on 2. Chris Ivory led in rushing with 139 yards on 18 carries; Cribbs picked up 134 yards on 5 returns to go with 12 rushing yards on 3 carries, 6 yards on 2 receptions, and 25 yards on one successful throw.

The Jets will have a week off to celebrate the victory as they take their BYE next week, and will return to play the Bills at 1:00 PM on Sunday, November 17.

Love Defeats World Peace
The Knicks lost their second straight game last night, despite some strong stat lines from several of their players.

After taking a 7-2 lead early in the first quarter, New York saw its lead slowly disappear and then become completely enveloped by a relentless Minnesota onslaught. Kevin Love scored 13 points for the Timberwolves as they shot ahead 40-19 by the end of the first frame.

New York attempted to rally in the second as Metta World Peace came into the game and nearly matched Love’s performance, scoring 12 of his 17 points over the course of the frame. The Knicks did outscore the T. Wolves, but still entered halftime down 64-49.

After what amounted to a high-scoring wash in the third, during which both teams put up 29 points, the Knicks closed the gap a bit further early in the fourth quarter. World Peace and Prigioni combined for 8 points as the team fought back within 5; shortly afterwards Anthony and Shumpert sunk back-to-back threes to make it 100-98 Minnesota. Unfortunately, Kevin Martin and Love scored 8 points in-a-row to reestablish the Timberwolves’ comfortable lead as time was winding down. The Knicks lost 109-100.

Love and Martin scored 34 and 30 points for Minnesota respectively, with Love grabbing 15 rebounds along the way.

Carmelo Anthony led the Knicks with 22 points and 17 rebounds, followed by World Peace’s 17 points. Andrea Bargnani score 14 and Shumpert shot for 12, while Tyson Chandler put up 10 with 9 rebounds and Felton scored 8 to compliment his 12 assists.

The Knicks will host the Charlotte Bobcats next at 7:30 PM tomorrow night, then play them again at 7:00 PM in Charlotte on Friday.

Nets Mystified in Orlando
The Nets recovered from a season-opening loss to the Cavs by taking out the defending NBA champion Heat at home last week. Unfortunately it would seem that they used up all of their energy in staving off a late-game Miami comeback, as the team looked absolutely abysmal against the Orlando Magic on Saturday.

Brooklyn started out competitively enough, trading blows with Orlando over the course of a first quarter which ended tied at 22. They kept pace through the second as well, though the Magic ultimately pulled ahead 41-38 by the end of the half.

Orlando added to their lead early in the third quarter, going up by 9 points within the first few minutes and steadily added to that lead, ending the frame up 74-59. The Nets did little to challenge the Magic in the final quarter, losing by a final score of 107-86.

Brook Lopez led the team in scoring with 21 points, but Paul Pierce was the only other Net to break into double digits with 16. Brooklyn will try to get back to .500 when they face Utah at 7:30 PM tomorrow night.

Rangers Extend Winning Streak
The Rangers got off to a pretty bleak start as they spent nearly the entire month of October on the road, but after beating the Islanders and Sabres last week they blew out the Hurricanes for a third straight win.

Carl Hagelin scored the first goal of the game 8:26 into the first period with an assist from Benoit Pouliot on a backhanded shot and—just ten seconds shy of a full period afterward—he doubled the New York lead with the help of Taylor Pyatt. Derek Stepan scored his first goal of the season on a power play six-and-a-half minutes later to put the Rangers up 3-0.

Carolina managed to squeak a shot past Lundqvist as time was winding down in the second, but Stepan snapped in his second shot of the night with an assist from Mats Zuccarello halfway through the third to put the Rangers ahead by 3 once again. He cemented their victory when Zuccarello helped him pull a hat trick with 5:23 left in the last period, giving New York a 5-1 victory.

Henrik Lundqvist blocked 27 of 28 shots in the win. The Rangers will try to make it four-in-a-row tonight when they host the Ducks at 7:30 PM.

Islanders Beat Bruins
After letting a home game against the Rangers slip away from them, the Islanders rebounded to take the Senators out in overtime after tying the score 4-4 last Friday. Saturday’s game against the Bruins saw a fair bit less offense; in fact, all the scoring occurred in the second period.

John Tavares broke the scoreless tie 6:15 into the second. The 1-0 lead was doubled when Andrew MacDonald slapped in his first goal of the season 13:13 through the frame. Boston got onto the board with a power play goal two minutes later, but forty seconds after that Thomas Vanek put the Islanders up 3-1 with an assist from Kyle Okposo.

All but one of the night’s goals were scored in that three minute span, and neither team was able to find the back of the net again. New York took the win at home, and Kevin Poulin stopped 26 of 27 shots.

The Islanders will head to Washington next to play the Capitals at 7:00 PM tomorrow night.