Google recently announced the latest version of its operating system and flagship smartphone this past week. 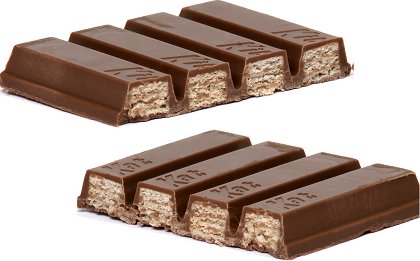 While most people were handing out candy or going door-to-door asking for a sugary snack on Halloween, Google decided to celebrate the holiday in a slightly different way—by unwrapping the newest version of its Android operating system, 4.4 KitKat.

In the coming weeks, those with Nexus devices (as well as the HTC One and Google Play edition of Samsung’s Galaxy S4) should start seeing an update roll it, giving them the option to upgrade from the previous version of the software (4.3 Jelly Bean), and other phones and tablets will surely follow.

The latest update is largely incremental, but it does bring some interesting new features with it. Touchless voice searching, a feature introduced by Motorola’s newest smartphones, will be available on all devices running KitKat. With it, users can search the web, play a song, get directions, or send a message simply by saying “Ok Google;” there is no need to press a button or touch the screen (in fact, the screen doesn’t even need to be on for the command to work).

“Immersive mode” will automatically hide superfluous data from the phone when a person is viewing media, tucking navigation and notification bars out of sight when watching a video or reading a book so as to provide more space for content. A new phone app will prioritize contacts according to who you speak with most often, and highlight nearby businesses or people based on your current location. Caller ID has also been improved to search for contacts not in your phonebook and affix a name to them when an unrecognized number calls you. Android has also received a few upgrades to make it easier to print from a phone, organize text and chat messages, and edit documents you recently worked on.

To improve overall performance, Google has stripped away unnecessary background services and reduced the memory imprint of more regularly used functions, allowing KitKat to run effectively even on many low-end smartphones. Whether that means cheaper Android devices will see an update to 4.4 will be left entirely up to their respective manufacturers (and service providers), but this should allow newer low-end devices to come preloaded with the current version of the OS more easily than older iterations.

The first device to break off a piece of KitKat is the new Nexus 5, a slightly larger upgrade from the Nexus 4 phone put out by LG last year. With a 4.95” 1080p display, the 5 will provide crystal clear high definition viewing ideal for watching movies or reading books. A quad-core Snapdragon processor and 2GB of RAM will keep the phone run smoothly, and improved burst mode and image stabilization will allow it to snap blur-free pictures. A 2,300 mAh battery is estimated to provide 17 hours of talk time on a full charge, and the phone will be compatible with wireless charging pads.

The new Nexus comes in a color choice of black or white, with either 16 or 32 GB of storage; unfortunately there is no microSD slot for expandable memory. Pricing starts at just $349 off-contract and goes up to $399 for the higher storage option. It is currently being sold through the Google Play store and will soon be available from Amazon, Best Buy, T-Mobile, and Sprint stores. AT&T should be compatible with the phone as well, however it currently appears that Verizon will not support the Nexus 5 on its network.