Motorola, the producer of the first American-made smartphone, has a few other devices coming out this month. 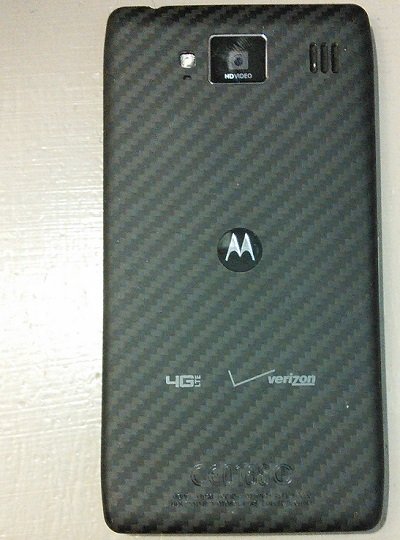 Motorola caught a great deal of attention when it unveiled the Moto X—the first smartphone made in America—earlier this month. The new Moto bears a respectable spec sheet, some impressive features, and a previously unheard of level of customizability, but the now Google-owned phone manufacturer saved a few tricks for its refresh of Verizon’s exclusive Droid lineup which will begin hitting store shelves this week.

Three new phones, dubbed the Droid Mini, Droid Ultra, and Droid MAXX, are all slated to make their debut before the end of August; they will be replacing last year’s RAZR M, RAZR HD, and RAZR HD MAXX. Like the Moto X, the new Droids will all have 2 GB of RAM, Motorola’s custom X8 processor, a 10 megapixel rear camera, a 2 MP front-facing cam, and ship with Android 4.2 Jelly Bean. As with the recent RAZR’s, all three phones will have rugged Kevlar bodies to protect them from harm, Gorilla Glass to prevent surface scratching, and nearly edge-to-edge screens to maximize physical real estate without adding excess size or weight.

The Mini, as its name implies, will come with a compact 4.3” screen, making it ideal for those who want a powerful phone without the bulk of other high-end Android devices such as the Galaxy S4 or the slightly more ergonomic HTC One. The Ultra and MAXX will both follow recent market trends in packing a 5” screen, and all three will be capable of 720p HD video playback.

Those who upgrade to the Droid Maxx will get a substantial boost in battery life, as it contains a 3500 mAh cell which Motorola estimates will provide 48 hours of standard usage on a single charge (the Ultra and Mini are expected to last roughly 28 hours under similar conditions). Being the longest-lasting 4G LTE smartphone in production does come with a minor sacrifice, as that larger battery makes the MAXX 1.4 mm thicker than the Ultra—the thinnest such phone on the market. Both the MAXX and Mini are also compatible with wireless charging pads, but the Ultra is not.

All three Droids will have the same voice-based touchless control options and low power on-screen notifications as the Moto X. Unfortunately, they also all lack a micro SD port for expandable memory, limiting users to the 16 GB of onboard storage which come built into the Mini and Ultra, and 32 GB for the MAXX.