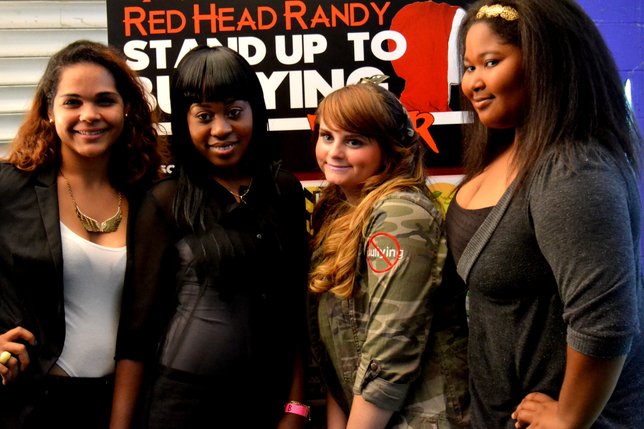 The tour entitled “The Red Head Randy, Stand Up To Bullying Tour” is a series of promoted and sponsored event taken place between the months of September to December 2013 to spread awareness about the growing problem of teen bullying, homophobic bullying & bullycide in America.

The event was catered and free to all attendees. There were fun games for the 200 + kids in attendance to play including zombie laser tag, archery tag, air hockey, & arcade games.

Many of the cast and crew of Raymond Deane’s new anti-bully/horror film “Red Head Randy” were also in attendance including lead actress and singer Meredith O’Connor, who also performed her song “Celebrity” for the audience.  Director Raymond Deane gave a motivating speech to all the young attendees on the topic of bullying and promoting self-confidence. The upcoming director also premiered an exclusive trailer from his soon-to-be-released anti-bully/horror film “Red Head Randy” for the 350 + attendees.

The Red Head Randy Stand Up To Bullying Tour" is a series of sponsored events created, developed, and produced by Raymond Deane Films and PH Consulting & Media to market the new independent anti-bully horror film "Red Head Randy" and bring national awareness to the growing epidemic of teen bullying, cyber-bullying, homo-phobic bullying, and bullicide in America. We seek to teach children and teens the importance and value of their self-worth, self-confidence, and respect for one another through organized, fun, safe social events.